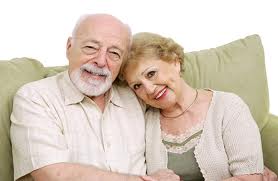 The Retirement Commissioner, opposition parties, the New Zealand Institute of Economic Research (NZIER) and all those who can do basic maths can see a huge issue with maintaining the current age eligibility for NZ Superannuation. The number of New Zealanders aged 65 and over is presently around 610,000 but is projected to be 1.1 million by 2031. NZ Superannuation is paid to all resident New Zealanders over 65 and while it currently costs us $9 billion a year, we will be looking at spending $20 billion in todays terms by 2031. That would mean every person in the labour force would be contributing around $7,800 each, almost twice the current bill according to the NZIER.

NZ Superannuation is one of the simplest and most generous pension systems in the world and we spend almost three times more of our GDP on Tier 1 pensions than other OECD countries.  According to a 2006 government report our over 65s have amongst the lowest levels of hardships of all groups measured and in 2008 New Zealand was in the top three of all OECD countries for having the least level of poverty amongst those of retirement age. Our elderly also have one of the highest levels of home ownership in the world.

It is interesting that the Prime Minister refuses to contemplate the possibility of raising the retirement age to 67 and is adamant that NZ superannuation is fiscally sustainable. He hasn't explained how he can justify his stand and yet there is ample evidence for raising the age of eligibility.

For our children the picture is very different. The Children's Commissioner claims that we have around 270,000 children living in poverty. For those children their future prospects and health will be severely compromised and will cost the country billions in reduced productivity and increased health costs. While we spend more on our elderly we spend less on children than most OECD countries. We are ranked near the bottom of all developed nations for the health and safety of our children (29th of 30) and spend almost half of other developed nations on early childhood education as a percentage of our GDP.

The median family income is dropping and Maori and Pasifika families have suffered most with incomes dropping around $50 a week  over the past four years. Those providing food parcels are reporting record numbers being distributed with a growing number of working families requiring support.

Our youth are also suffering from high levels of unemployment (17.1)%, 65,600 are not in work or education. The stress on our young people has led us to have one of the highest youth suicide rates in the world. The Government's plan to create a youth wage of $10.80 will mean that a single retiree receives a guaranteed $400 per week while our newly employed youth will only earn something similar if they can work 40 hours and most will end up in casual employment and earn far less.

We currently have two private member's bills that will have an immediate impact on reducing child poverty and helping struggling families. Sue Moroney's parental leave bill will provide much needed support for young families at a crucial and stressful time and Metiria Turei's extension of the tax credit bill will ensure that beneficiary families will get the full Working for Families package that was intended when Labour first introduced the scheme.

The National led Government has been very clear about where their priorities lie. Bill English will veto Sue's bill and has used deliberately inflated figures to dismiss it and National MPs have been scathing about Metiria's bill. John Key has also rejected the Child Poverty Advisory Group's recommendation to introduce a universal child allowance (similar to the old family benefit payment) because it will also be paid to higher income families. In using this excuse he ignores the NZ superannuation model and forgets the huge tax cuts he has already provided to the wealthy.

While National has wrung its collective hands regarding child abuse and poverty it determinedly refuses to address the primary causes. It keeps minimum wages low, has created few new jobs and ignores most initiatives that attempt to improve economic outcomes for struggling families.  While families and children are a low priority and money is tight, it does not appear to be so for our superannuitants.  While our elderly do deserve a good level of support, one can only conclude that this government strongly favours the elderly over families and children, this is inequitable and economically and socially irresponsible. While generously supporting our elderly we are underfunding our future.