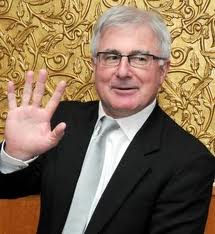 "In the Last two years New Zealand has been invited for the first time to the "Big Boys Club", the Major Economies Forum, because of the particular contribution that New Zealand makes"

All three proudly showed off their special Big Boy Club lapel badges to the gathered journalists and then John Key explained the journey that had culminated in this momentous achievement.

The Major Economies Forum is an exclusive club containing the biggest emitters of green house gases and there are few countries as small as New Zealand who have been allowed to join. New Zealand had to prove that despite its small population it could pollute as well as the rest of them. On quantity of emissions New Zealand was ineligible to join but the Government made a strong case that our country was able to punch well above its weight with regard to environmental damage and contribution to climate change.

The Prime Minister explained that before 2008 New Zealand had moved dangerously close to becoming regarded as environmental outsider and having a dangerous reputation for putting the environment before business. New Zealand's green house gas emissions are amongst the highest in the world per capita and Labour's ETS needed to be quickly dismantled to be able to maintain our international ranking. It was especially important to ensure that our biggest producer of emissions wasn't included in the restrictive legislation.

According to Tim Groser, for New Zealand to remove itself from having binding targets under the Kyoto Protocol was hugely symbolic. Only the really big polluters have stopped setting targets and New Zealand now joins the likes of Russia and Japan that have also put economics before the health of the planet.

Bill English then explained the importance of displaying our commitment for the ongoing use of fossil fuel. Sadly Solid Energy's plans to access lignite (the dirtiest of all fossil fuels) had to be put on hold through financial mismanagement, but access to the Denniston Plateau ensures that our reputation for mining coal in any environment continues.

Apparently what has really impressed the other big boys is our enthusiasm to support the oil industry and opening so much of our offshore areas for oil and gas exploration has been hugely welcomed. While deep sea drilling does pose considerable risks for oil companies, the New Zealand Government has kept royalties low and ensured any major environmental damage will be covered by the tax payer.

John Key was careful to explain that on going membership of the BBC was not guaranteed and that New Zealand had to continue with the Government's programme of dismantling environmental protections such as the RMA and neutralising the effects of the opposition. The GCSB bill would be hugely useful in tracking the activities of those who would seek to sabotage our international status as a major polluter. The passing of the bill will also bring us in line with other members of the Five Eyes alliance who are also prepared to put commercial interests ahead of human rights and the environment.

While the Prime Minister admitted that ordinary New Zealanders would probably not notice any benefits from the BBC membership, it would open many doors for our Government Ministers. "We would have access to places we have only dreamed of previously." 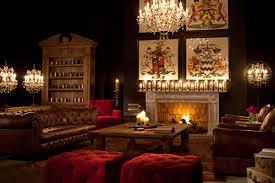