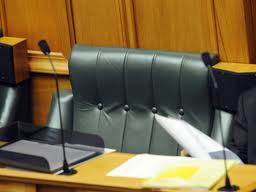 Who will fill the seat?

Labour's leadership change reveals much about the current political culture and New Zealand society in general when one observes what is being discussed in different forums. It appears that possible contenders are not so much being evaluated in terms of their grasp of policy or economics nor their skills as a leader, but on such concerns as how overtly gay they may be or whether it matters that they are liked by their caucus.

During the 2011 election campaign many people appeared to have voted for John Key rather than the policies he and his party campaigned on. I often heard people explaining that they actually didn't like National's policies, but they just preferred John Key as Prime Minister over Phil Goff. Despite the fact that Key lives in a Hollywood style mansion and holidays in his $5.6 million dollar Hawaiian bach he has managed to cultivate an image of being an average kiwi bloke. Perceptions are everything.

A few years ago I visited the New Zealand Portrait Gallery and viewed an exhibition called The Cabinet Makers - New Zealand Prime Ministers. What fascinated me wasn't so much the portraits (which were mixed in quality) but the biographies that accompanied them. When judging our current political leaders it is hard to negotiate through the spin and hype to get a true measure of the person. When viewed historically our most charismatic and popular Prime Ministers have often struggled as caucus leaders or left a legacy that was hardly substantial.

David Lange was widely recognized for his skill as an orator but history has exposed his flaws as a leader. Jim Bolger and Geoffrey Palmer will never be regarded as charismatic and yet Bolger is now viewed as one of National's most astute leaders and Geoffrey Palmer has possibly had a greater influence on our legal and constitutional frame work than other politician in New Zealand's history. A prime minister's public persona is not always a true reflection of their real worth or influence.

Even before all names have been thrown into the hat, the media have been conducting polls on who should be Labour's leader. Although the public cannot vote on what is a party decision, it is clear that outside influences will dominate the process. Labour have changed their leadership election process from a purely caucus decision to one that gives  members and affiliated unions a dominant share of the votes. Their caucus and wider membership each have a 40% share of the of the deciding vote and their affiliated unions have 20%. I can imagine that many Labour members will be more influenced by media commentary and polls than their own gut feeling or knowledge of who they would prefer.

Green Party leaders are subjected to a vote from delegates at every AGM to confirm their positions and the same process was used following Rod's death and Jeanette's retirement to determine their replacements. Luckily for us the scrutiny and public interest has not created the same pressures on our delegates as Labour's will experience and having dual leadership has meant that the responsibility on any new leader can be managed until they find their feet.

For National and Labour leaders the the responsibility of the role instantly rests solely on their shoulders and, while the odd initial gaff may be forgiven, the honeymoon period is limited. Already National are looking at shaping the public perceptions of any potential leader and John Key has already been suggesting that Robertson was never a loyal deputy to Shearer and had even actively supported his demise. Character assassinations have become an art form for National and their ability to destroy the messenger rather than deal to the message has been largely successful.

The Civilian's recent post on the leadership contest probably has a element of truth, whoever takes on the job will be lucky to have the full support of the party and will have to parry some forceful character attacks from Key when they first rise from their seat, as Labour's leader, and say the immortal words:

"Does the Prime Minister stand by all his statements?"