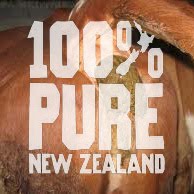 For decades we have rested on our laurels and relied on earlier achievements to maintain our reputation. We were the first country to give women the vote, we once had an enviable record in child health, we built lots of state houses to ensure all New Zealanders had good homes and we exported safe food for many decades.

Tourists are attracted to this country through our 100% pure branding and the scenery captured in the Lord of the Rings and Hobbit movies. 75% of our exporters rely on our clean green brand to establish and maintain their overseas markets.

For years we have smugly looked down on countries like China because of their political systems, human rights abuses and their levels of poverty. I think most New Zealanders would be surprised at how others may see us now. After the Fonterra botulism scare, China is looking at us and making judgements that we once applied to them.

Xinhau of the China Daily asks, "Where is the quality control?" and then proceeds to use our $11.5 billion leaky building debacle as an example of systems failure:

"One could argue that the country is hostage to a blinkered devotion to laissez-faire market ideology. Many New Zealanders fell victim to this when the construction industry was deregulated two decades ago resulting in damp leaky homes that quickly became uninhabitable."

When our Prime Minister is quoted as saying that our 100% pure brand is just like McDonald's advertising, "...it's got to be taken with a bit of a pinch of salt," it is time to take stock. John Key's relaxed attitude to environmental control was also exposed a while ago in a BBC interview when he tried to defend our brand by claiming that scientist Mike Joy's claims of degradation were just his opinion and as with lawyers he could find (pay for?) another that had a different view.

It took a long time to establish our reputation and it now appears that it may only take a few years to wreck it. How long will it take for China and other countries to discover that:

I can imagine some will regard this post as almost treason for highlighting our failings and would rather I joined the state supported conspiracy to ignore or hide what is really happening. I think we are well beyond coverups, the evidence of corruption, poverty and degradation are now too difficult to hide. If we start the cleanup now we may be able to restore our reputation within the next decade (even with the best will it's going to take some time). Meanwhile we can hardly take the moral high ground when judging other countries, our own backyard is now no better than most.