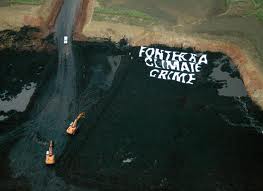 Ganesh Nana finished introducing the BERL report "AView to the South" (which looked at industries that had unrealised potential in the Southland region), when a local dairy farmer asked the question:

"You haven't mentioned the dairy industry in this report, surely there is still potential for growth?"

Nana responded by explaining that his economic background caused him to be cautious about over-investing in any one industry. A strong investment portfolio, he believed, was one that had a broad mix of investments. If any one sector experienced a downturn in a mixed portfolio it could be compensated by growth in another. Nana questioned the wisdom of the dominance of dairying in the province and was reluctant to in promote further growth in this industry.

No one would dispute that Fonterra has been hugely successful and largely responsible for earning us the title "The Saudi Arabia of Milk", but our reliance on this single industry has become obsessive and potentially dangerous. Despite our dairy production increasing by 77% over the last 20 years, and Fonterra is the largest single dairy exporter, we actually produce a little over 2% of the total world milk production. Most countries do not rely on our milk alone.

What gives us an edge in the world food markets is our reputation of being clean and green and safe, and this perception has taken generations to establish. However, Fonterra and the National led Government have had a cavalier,  gold rush mentality when growing the industry. The focus has been on increasing production above all else:
As production has increased, and the money has poured in, there has been minimal regard for the environmental effects of the rapid growth and ensuring that our clean green image had some basis in fact. "Dirty Dairying" has become a commonly used label as the external effects of the industry became more apparent and the quantity of product has became more important than quality:
Fonterra has survived two earlier scares that threatened its reputation as a safe producer. The Chinese Melamine scandal involved the Chinese Sanlu Group, partly owned by Fonterra (43%), resulted in six infant deaths and 54,000 babies being hospitalised. The second scare was the revelation that traces of the nitrate inhibiting agrichemical DCD was found in Fonterra products. This third and latest scare, the discovery of botulism in a Fonterra whey product (used in infant formula), has been the most damaging. After three safety issues our reputation has taken some severe knocks and it is reasonable to imagine that there will be greater interest in how our industry operates and what supports our clean green brand.

I hope what has occurred will provide a useful wake up call to both the dairy industry and the Government. If we are truly going to establish a sustainable economy and strengthen our export potential we need to ensure our clean green brand is supported by reality and we do not continue to rely on a single industry to carry our economy. We need to invest in other sectors like grain and meat and fibre and ensure our environmental practices can withstand scrutiny. It will be interesting to see whether lessons have been learned or it will be business as usual.

For me, the over-reliance on agriculture and fear of contamination crisis's also contributes to a fearful political climate-

I can't imagine a more likely pre-cursor event to a serious dictatorial turn in New Zealand politics than a leader appearing promising safety and security from whatever it may be threatening to torch our agricultural economy like Foot and Mouth or something.
August 6, 2013 at 10:12 AM

bsprout said…
Agreed, we are already getting invasive surveillance legislation because of terrorist threats that have been overblown. We are already experiencing dictatorial governance.
August 6, 2013 at 10:57 AM

bjchip said…
One more Sprout and it is a doozy. The over-reliance on a single sector makes the entire economy hostage to the fortunes of that sector.

A base economy that is more self-sufficient would come from Green principles, while National and farmers (for the most part) are purely driven by profit.

The good of the society is NOT about the money we can get.

bjchip said…
Durn, how is it I always wind up as unknown when I know who 'a ams?

bsprout said…
Good points, Unknown, other factors that we don't generally consider is how little of the dairy profits are used to mitigate the negative effects of the industry. It has already been shown how little tax dairy farmers pay due to the high price of land and the level of investment needed for a conversion. The reward for many farmers is the untaxed capital gain they receive when they sell a property. Banks have also profited hugely by the dairy boom, but as we know most are Australian and they too are reluctant to pay tax. Even jobs on dairy farms are increasingly being given to migrant workers and for many their wages and conditions are not as one would expect from an industry that is (was?) booming.
August 7, 2013 at 10:30 AM