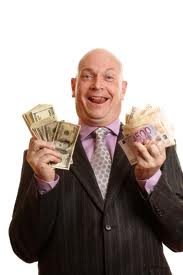 I didn't see many low wage earners dancing in the streets when they received an extra fifty cents an hour but I'm sure there were a few ANZ bankers dancing in the privacy of their plush offices when their 25% increase in profits gave them a tidy $1.1 billion for the past year.

Green Party Co-leader, Russel Norman has earlier voiced concern about the drain to the New Zealand economy of around $9 billion dollars in dividend payments going to the parent banks in Australia.  He describes the exporting of our money as "strip mining our national economy of capital". The big four Aussie banks are driven by ensuring their own profitability at the expense of we New Zealanders and they have already been caught bending the rules and made to pay $2.2 billion in owed taxes. It was probably at considerable cost to the country for the five years it took to achieve the High Court ruling.

With most New Zealanders struggling to survive, many are questioning the excessive and unnecessary fees demanded by our banks, estimated by Consumer NZ (in 2008) as costing the country around $2 billion dollars. The United States' tax payers bailed out their banks by $700 billion only to see the very bankers who were responsible for the meltdown paying themselves huge bonuses from public money, $218 million worth in the case of AIG. New Zealand bankers, while not so blatantly morally corrupt, use the unnecessary fees to support their huge salaries. The local COEs of our four main banks collectively earned $15.3 million over the past year.

It is too difficult and expensive to rein in our bankers, far easier I guess to close schools and increase class sizes to raise extra cash and our state assets must be worth a bob or two as well.

When Gary McCormick was asked on National Radio recently for his views on the Occupy movement, he was very supportive and thought the issues around income inequities and bankers greed were real and still need to be addressed. He felt the only crime the Occupy movement could be charged with is killing grass and I think there is ongoing justification for sacrificing more public lawn. 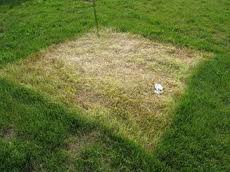