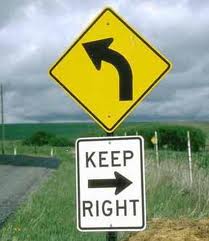 Our previous education Minister, Anne Tolley, announced at last year's National Party conference that our primary education system needed systemic change, despite international assessments that placed us in the top five in the OECD. National has been enthusiastically delivering that change, and has plans for more, but it doesn't take close scrutiny to establish that what they are doing just doesn't stack up.

National Standards were forced on all schools and all children despite lacking any trial or sound research. When our most respected academics, the majority of our principals and over a quarter of our school boards voiced grave concerns at the obvious flaws in the new assessment system they were aggressively ignored. Boards refusing to set targets based on the standards were threatened with sacking and being replaced with commissioners. It shows the depth of the government's intransigence (or plain arrogance) when a recent OECD report expressing serious concerns at  how the standards were implemented has been welcomed by the government as support for what they are doing.

During the election campaign National crowed about the increased spending that went into primary education but closer scrutiny reveals an interesting picture. A huge proportion of that spending ($1.5 billion in fact) went on fixing leaky school buildings, a problem National itself created in the 90's when they deregulated the building industry. A further $26 million was spent on implementing the standards and it seems more than a mere coincidence that this figure is not dissimilar to the $25 million cut from the Ministry of Education's budget, "to improve frontline services". Sacking most of our school curriculum advisors must have saved a bit of money too and I wouldn't be surprised if it involved the other million needed to make the difference.

After all this "extra" spending National has decided some belt tightening is necessary, and are seriously looking at the Treasury's advice to close schools and increase class sizes. To justify this they have latched on to their favourite academic, John Hattie. His view that it is the teacher, not the size of the class that makes the biggest difference to children's learning was morphed into support for larger classes. The fact that John Hattie has also been very critical of National Standards has been conveniently ignored. Despite the OECD finding that New Zealand's education system performs well regardless of its comparatively low funding, National feels there is more fat to be cut.

National have also "reluctantly" agreed to ACTs coalition terms and will implement Charter Schools, despite their mixed results in countries ranked well below us educationally. They claim that Charter Schools will enable greater autonomy and flexibility in curriculum delivery for schools in lower decile communities. It is especially strange that they feel the Charter system is needed to do these things when another OECD comparison has ranked our schools as being amongst the most autonomous and flexible in the world.

So National Standards are going well when the evidence says otherwise, spending on education has increased but not on anything that will make a real difference, we have fat in the system that can be safely cut when we clearly haven't and Charter Schools will bring autonomy and flexibility to a system that already has it. We are having substantial change being forced on a system that clearly doesn't need it!