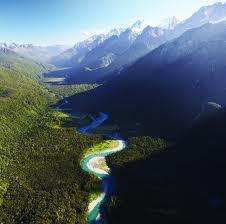 Upper Hollyford Valley
I was a bit pushed for time, but I hope it is accepted. My submission:


I strongly oppose this application for the following reasons:
1.    The application has been approved in principle despite the fact there is insufficient information to support it. Why should this application get preferential treatment?
2.    The application has huge implications for the immediate environment and although the tunnel will be built within a National Park it will not benefit the majority of New Zealanders who would visit the area.
3.    There doesn’t appear to be enough funding to maintain the boardwalk on Stewart Island’s Rakiura track (promoted as one of the great walks of New Zealand) and if this tunnel project receives approval it will indicate a bias for the wealthy elite over average New Zealanders and tourists. Our National Parks should be managed in an inclusive way.
4.    The environmental consequences of the tunnel construction could be enormous and without proper analysis we will not know the true impact.
5.    The construction itself will take many years and have a negative impact on all those visiting the area over that time, including restriction of access.
6.    There appears to be no guarantee around who is responsible for managing any long-lasting environmental effects. Maritime New Zealand is currently responsible for managing any accident involving offshore drilling and the costs absorbed by the taxpayer. Will DoC be responsible for any lasting environmental effects of the tunnel?
7.    The current transport infrastructure is adequate and when compared to similar areas internationally, travel times are not excessive. I could predict more travel bottlenecks if travel times are shortened through the use of a tunnel. We should encourage longer stays in New Zealand and the existing route to Milford Sound, through rural New Zealand, is widely admired for its own beauty.
8.    This project goes against the philosophy and values of our National Parks and ignores the fact that one of the determining factors for attaining UNESCO World Heritage Status is that the environment has not suffered greatly by human intrusion.
I hope that my submission will receive due consideration because the approval of the tunnel proposal sets a dangerous precedent for the future exploitation of our National Parks for the benefit of an elite few.
Yours sincerely...