The teaching profession (pre National Standards) improves practice and developes curriculum based on research and evidence. Scientists use research and peer review to develop new knowledge and technologists use research and modeling before developing the final prototype. Lawyers use Acts, Regulations, Statutes and case law to progress their cases and Doctors use years of training, on going professional development and professional texts and journals to guide diagnoses. The National Government, having the responsibility for governing the economic, social and environmental health of our nation, routinely ignores research, science and professional advice and admits to "rough guess" decisions. Examples abound:

1) The value of our state assets before committing them for sale - rough guess.
2) The justification for spending $12 billion on Roads of National Significance - a guess and huge assumptions.
3) The justification for gutting our foreign service - No research or consultation, a McCully guess.
4) The introduction of National Standards - Little research, most professional advice ignored, an ideological stab in the dark. 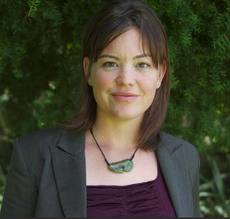 KjT said…
Shouldn't it be failed woodwork Teacher.
Many woodwork Teachers are ex tradespeople who are well informed and competent. Comparisons to Brownlee are odious.
April 5, 2012 at 8:07 AM

KjT said…
Shouldn't it be failed woodwork Teacher.
Many woodwork Teachers are ex tradespeople who are well informed and competent. Comparisons to Brownlee are odious.
April 5, 2012 at 8:07 AM

bsprout said…
I couldn't possibly pass judgement on Brownlee's teaching skills, KjT, and as a teacher myself it would be unethical to do so without justification, however a transport expert he is not!
April 5, 2012 at 8:55 AM

bsprout said…
...I do totally agree with your comments regarding how well informed he is and his general competence as a Minister as these things are publicly visible.
April 5, 2012 at 8:59 AM