The Future of New Zealand Politics is Green. 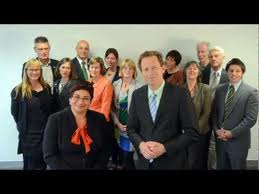 It is interesting reading the blogs of the left at present because a common theme keeps appearing, the rise of the Greens as an increasingly credible political force.


The Standard blog is a reinterpretation of the old labour movement newspaper and its contemporary contributors tend to favour the Labour Party with the odd grudging acknowledgement to a Green success. This week one of The Standard's more able commentators, Anthony Robins, provocatively asked "will the Greens lead the next government?". The 195 comments that followed rarely attempted to refute this possibility and many made particular mention of evidence to support the suggestion:


"In effect,the Greens are close to having the required influence to be able to have the messes of the past cleaned up and sanitized by those who made them,(thus teaching both National and Labour what it is to be Green)"


"All that may come to pass if Labour don’t get their A into G. The Greens are definitely attracting a lot of talented operators at the mo."


"I was particularly impressed with Julie Ann Gender (sic) this week taking on and showing up Brownlee on roading issues in Parliament and on TV as I knew nothing about her previously."


"...and besides… the Greens have been saying this stuff for years and slowly but surely people are realising that they’re right...Plus some damned good talent attracted into their ranks."


"They got me. As far as I am concerned Labour needs a huge clean out. Something that will not happen so I and a few people I know are leaving Labour (you can’t call it deserting). as they did not listen to us the voters (and get rid of Goff, Sykes, Mallard, and the others of this ilk) So Green here we come. So don’t blame me when Labour becomes just another also ran party. It’s their own fault for not listening."


"I’ve floated between Greens and National (and Labour), I’m sure there are a few who would switch National to Green directly, possibly quite a few."


"Part of what is driving this shift to the Greens is also a frustration with personality politics, and right now, the Greens are the only party that’s not playing that game..."


"...the Greens environmental and economic policy has really come of age recently, mainly because it has to."


Chris Trotter was often dismissive of the Greens during the election campaign, claiming that they had purged themselves of their left leaning MPs and their deliberate move to the right made them logical coalition partners with National. In his latest post Mr Trotter revises his view with an acknowledgement that, with the appointment of Laila Harre, the Greens had captured "one of the Left's most intelligent and articulate spokespeople." He also makes this startling claim:
"What we are witnessing is a fascinating historical reversal. Labour conquered power by first organising the working-class vote, and only then extending its reach into the educated middle-class and small proprietors. The Greens are expanding in the opposite direction: from their core base of support among the educated middle-class; to the small proprietor; to the working-class; and potentially to the much-despised “underclass” of beneficiaries and alienated youth."


Mr Trotter finishes with the observation:


"A crucial aspect of the Greens’ success as a political movement has been the open and transparent nature of its decision-making processes. In short, it’s commitment to democracy. If Labour’s membership wishes to make progress on those “fundamental issues of difference” between their party and the Greens, they must demonstrate an equally vigorous commitment to democratic values."


Even the very measured and articulate "ruminator" , Robert Winter,  makes the following observation: "This is not scientific, but, as I talk to people on the Left, the move to the Greens is palpable..."


Influential elements of the left are recognizing the growing strength and credibility of the Greens and it is even becoming apparent in the media . It is Russel Norman who is asked to provide his take on the Crafar farm sales, Kennedy Graham is interviewed regarding chinese refugees, Gareth Hughes gains support from the Environment Commissioner regarding a review of fracking, and the drawing of Holly Walker's private member's bill, aimed at the registration of lobbyists, receives widespread attention.

Green MP's, new and experienced, are popping up all over the place...our political future is becoming Green.

Alex said…
Gives all the more reason to not go into coalition with National in 2014, after all it is highly likely National will win the popular vote but have no allies to form a government with. The Greens have to make sure they stay firmly differentiated from the failed neoliberal policies of National and the toxic brand of Labour.
In my view the Greens should not be part of a government until the Green caucus is big enough to be a kingmaker on every issue, the worst outcome of being a very junior coalition partner would be loss of identity and having to acquiesce on bad policies. The situation currently is one where the Greens have a remarkable front bench full of talent, but lack the backbench numbers which are needed to wield real power in votes.
April 11, 2012 at 10:47 AM

bsprout said…
Alex, I agree that the Greens shouldn't enter into a coalition agreement unless we do so with considerable strength in numbers. I don't think, however, that we need to wait until we become the dominant coalition partner. A lot depends on the terms of any agreement and the ministerial positions that we could control. A scenario where Labour held around 30% of the vote and the Greens around 20% would dictate the need for a high level of consensus. We are already finding that Labour is shifting closer to Green policy without the Greens having to do compromise anything.
April 11, 2012 at 12:02 PM