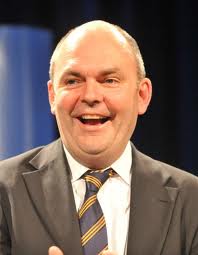 Steven Joyce dug himself deeper in the political mire on Q & A as he tried to support the Sky City conference centre deal. When he admitted that he didn't know what effect up to 500 new pokie machines would do to the numbers of problem gamblers, it revealed the sinister reality that he just didn't care. Surely if the Government were going to change the law to allow so many new gambling machines they would have researched the down side of the deal.

Comprehensive research has been done in Australia and New Zealand regarding the number of problem gamblers caused by pokie machines and it was found that .8 of a problem gambler is created by each new machine. This would mean that if Sky City was allowed 500 new pokies it would result in around 400 new problem gamblers, an increase in related crime and 400 families who will suffer from their family member's addiction. 5,000 people a year are convicted of gambling related offenses and most crimes of fraud are motivated by gambling problems and it is the 2nd highest cause of property crime. Steven Joyce obviously didn't avail himself of this information and didn't see it was an issue.

Steven Joyce berated the Labour and Green opposition to National's attempts to boost our economy, he claimed they were against the development of a conference centre, against accessing our fossil fuels and against the intensification of farming. He expressed this as if these were the only options for developing our economy and that they were being managed responsibly. The reality is that Steven and the rest of the National Party are not interested in the social, environmental or sustainable nature of any deal they do, at the end of the day it is purely the money that counts. Under National most of their initiatives will benefit mainly corporate interests and most are overseas based.

By implying that the Greens aren't interested in economic development is a huge misrepresentation. In the election campaign the Greens were the only party that put forward a well costed and achievable plan for lifting our economic performance. One of biggest benefits of the Green's plan, other than the environmental and sustainability elements, was that most New Zealanders would profit in some way, not just the wealthy elite.