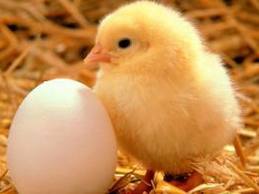 Achieving 17% support in the latest Roy Morgan Poll is a deserved boost for the Greens leading in to this Easter Break. The Greens have performed especially well in opposition so far, with some stirling efforts from some of our newest and youngest MPs.

National has had an easy run with the press and while they have had scandal after debacle, blame has been effectively deflected elsewhere in most cases. If this current term sees the media developing greater intellectual rigor and a backbone we will see National implode like Act as their leadership struggle for personal survival on their sinking ship and start blaming each other. With Collins being forced to fund her own legal costs, this process is already beginning.

The party mix after the next election will be partly due to the sort of media coverage that will occur. The Greens have always polled well leading up to an election but have been shut out of mainstream media coverage in the last weeks. Some polls put the Greens at 15% before the last election but Winston's tea cup pronouncements dominated TV and newspapers in the last two weeks. Cheap political shots have generally  dominated over substance.

There can be no justification for the Greens to be shut out of the leader's debates next time when we are so close to 20% support. In the 2002 election, National only achieved 20% of the vote and the Greens are only 3 percentage points away from that mark.

Labour has some talented MPs and I am sure that when they actually decide what their policy bottom lines are they will pick up in performance, however because the Greens have hit the ground running they will be playing catchup for some time.

It is dangerous to make predictions but judging by current performance we could very well see Labour achieving around 40% of the vote and the Greens breaking 20%. If the Greens can get more than twenty MPs into government I'm sure the resulting Labour/Green coalition will be very robust and National's mantra of achieving a balance between economic, social and environmental determiners will become a different reality.

Alex said…
The problem with what the leader's debates have become is that they are essentially a FPP style format, it is assumed that either National or Labour will put up the PM so the debates become a popularity contest between the two. This is exactly the wrong thing for a democratic society, particularly one with a proportional system. Putting the Greens into the leader's debates, along with every other party polling above 1%, would mean that the debates might actually be a contest of ideas and policy, rather than the binary sideshow they have become. Voters should be given the chance to really examine various policy positions before the vote, rather than meaningless twaddle like 'would you rather have a beer with Key or Goff?'
April 9, 2012 at 11:38 PM

bsprout said…
I quite agree, Alex, our leaders' debates have become more like presidential competitions which depend on personality rather than substance. It would be really good if we could also have the spokespeople for important policy areas debating as well. Being in government relies on a team effort and the Greens have a particularly strong team at the moment who could easily front up against the best from National or Labour.
April 10, 2012 at 8:21 AM