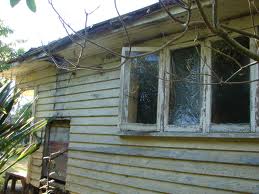 While the government anguishes over our  education system and spends much time, energy and money trying to fix what isn't broken, other areas of greater significance are being ignored. New Zealand housing is in a crisis situation and the capacity of our construction industry is in decline.

Most of the housing currently being built is for the elite market, as the cost of building a new house is now beyond most New Zealanders. The average house being built in New Zealand places us third in the OECD for size, just behind Australia and the US, and they are three times bigger than those being built in Sweden or the UK. According to last week's Listener, it is also 30% more expensive to build a house here than in Australia and, as our wages are 30% lower, this just increases the unaffordability for the majority of New Zealanders. 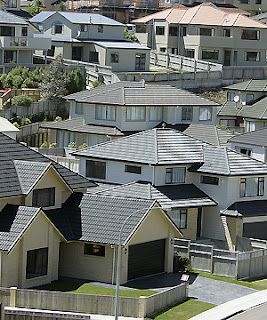 We have a huge shortage of low cost housing. Auckland alone needs 11,000 houses over the next two years and Christchurch will potentially need similar numbers. Our state housing stock is still below the numbers we had in the 1990s even though the demand is greater. Around 50% of our state houses are still those built in the 1940s and the shift to greater private provision of low cost rentals has seen a general decline in the quality that is available. New Zealand's housing is generally well behind Europe in quality and we have been compared to being similar to Sweden fifty years ago. Huge numbers of New Zealand families still live in old uninsulated wooden villas with inefficient heating systems and no double glazing.

The government does not see the availability of high quality, low cost housing as an issue and even allows rental profiteering in Christchurch where demand is high. I was told the other day of a family forced to squeeze themselves in to a "truckers" motel due to the lack of availability of anything they could afford. The government is even actively putting the housing needs of the affluent ahead of the poor by removing state housing from areas where developers could prosper through redevelopment.

We are also having to deal with a huge back log of leaky buildings, around $1.5 billion of leaky schools to fix and another $10 billion of private structures. The repairs and rebuilds are as urgent as the Christchurch repairs and have been around for much longer.

Meanwhile, the construction industry is in decline (15% of the workforce have been lost over the last 5 years) and it isn't even being promoted as a potential career on the government's own career website. There has been minimal investment in training and building capability and the government appears to be resigned to bringing in an overseas work force when demand in Christchurch grows. Considering 27% of our youth are unemployed this lack of foresight seems almost criminal.

Even our training methods and qualifications for construction workers and builders lack the sort of robust support necessary to engage and grow a capable work force. I recently met an English builder who has worked in New Zealand for a number of years, he is passionate about improving the quality of industry texts and qualifications to that of the UK builders guild. He patiently explained to me how the texts and training in New Zealand excludes many young men (and women) who are very practical and capable but cannot engage with the unnecessarily high literacy demands of our qualifications and courses. When the need for employment is great and the demand for housing is huge we should be doing as much as we can to fill the gaps.

Anonymous said…
Agree with the English builder - far too many people of either sex are being excluded from work where they'd shine because of the crazed fixation on 'tertiary education'.

The focus on 'book learning' does nothing to improve the quality of worker - or work, for that matter. If it really is so essential for quality - how did the leaky homes slide so effortlessly past all the 'qualified' architects, builders, building inspectors? While those dreadful old 1940s, '50s villas are still upright, intact, and providing shelter, however cold.

That said, I'm not sure there are enough locally trained tradies capable of providing a thorough, modern apprenticeship. Unless the chronic ageism and prejudice against immigrants in this country is set aside to let the well-trained foreigners, and oldies past 55, settle to training the younger generations.
July 10, 2012 at 6:48 PM

bsprout said…
It was also pointed out in the Listener article, Anonymous, that most of our builders belong to small firms that only employ a handful of people and there are many one man enterprises. These aren't ideal environments for apprentices.
July 10, 2012 at 7:50 PM

Anonymous said…
the only way to remedy this situation is through policy change from the ground up. The government needs to wake up and make the policy changes that allow us to house our people in healthy homes. I realise that this costly and difficult but if we still want to be Sweden 50 years ago then we need to start now.

We can't just drop everything and start building these homes but we just need to look around to see that investment in infrastructure now pays dividends in the future. Those state homes mentioned above, that are so cold and damp, are a cast and point. They're still standing, solid homes and with investment then they could be a warm comfortable home. No need to purchase land and titles etc.

The government at the time had the foresight to build solid homes and thats what we need now, a fundamental shift to future planning.
July 24, 2012 at 10:47 AM

bsprout said…
I agree, Anonymous, except it may not be as costly as one would think. Australia are well ahead of us in this respect: http://www.prebuilt.com.au/index.php?action=productcatalogue&prodcat_id=806&pageID=6504&sectionID=6485
July 24, 2012 at 11:38 AM