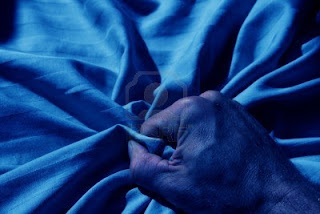 It always amuses me when people refer to "the Maori" as if they are a homogenous group that act and think alike. The Maori Party were always going to have trouble representing the breadth of Maori interests and iwi aspirations, and when they went into coalition with National the pressure placed on those supporting the left and environmental concerns became intolerable. Even Hone Harawira, who is the political face of this breakaway element (Mana), does not truly represent this group as a social conservative.

The Maori Party has always claimed they can achieve more for Maori by sharing a bed with the National Party than by not sleeping with them. If I continued with this analogy I would have to say that the Maori Party have endured an abusive relationship with their coalition partner. National have benefited the most from the relationship, the majority of their policies have a negative impact on Maori (who make up the majority of New Zealand's poor and disadvantaged) and having the Maori Party support these policies has limited potential protest.

This relationship has cost National very little, most of what they have given up has been symbolic. It cost nothing to have the Rangatiratanga flag fly from the Auckland harbor bridge or to sign the Declaration on the Rights of Indigenous Peoples. While these symbols may mean a lot to Maori they mean little to John Key and the National Party, whose base lines are legal rather than moral or ethical. John Key's statement after the signing of the United Nation's declaration made this clear:

"I think it is important to understand that the Declaration on the Rights of Indigenous Peoples is just that—it is a declaration. It is not a treaty, it is not a covenant, and one does not actually sign up to it. It is an expression of aspiration; it will have no impact on New Zealand law and no impact on the constitutional framework."


Key's response to the Waitangi Tribunal deliberations on Maori water rights just continues his dismissive attitude towards Maori interests. He knows that the Maori Party will continue to lie between his blue sheets because Whanau Ora was conceived between those sheets. Whanau Ora is the most important initiative to come out of the relationship and if the Maori Party were to seek a divorce then its future cannot be guaranteed, and it is already struggling. The past four years of lying back and thinking of Aotearoa as National has had its way will only be worth it if Whanau Ora survives childhood.

Anonymous said…
You are right about all of this unfortunately we live in a society which does not get indigenous rights which enables the Maori Party to continue on on in such a way as to ensure that in the long run tikanga Maori is further marginalised.
July 13, 2012 at 6:21 PM

bsprout said…
Agreed Anonymous, Whanau Ora is probably doomed either way. It is also a pity that National has even diverted funds from successful, existing providers to those that are still going building their capacity to do the work. It is almost if National is setting them up for failure.
July 13, 2012 at 9:00 PM

Anonymous said…
Dave it is like a women who won't leave her abusive husband. The financial implications kick in. Tariana and Pita are getting oodles more licking the hand that feeds them. They have achieved nothing except put the boot into their own people. Sadly Maori have the same socio-economic divide within it's own membership and high flying Iwi are more inclined to collude against their own people.
July 13, 2012 at 10:32 PM

bsprout said…
Sadly true Megan. I am told there is also an "old boy" network within parts of Maoridom who enjoy the baubles of high office to the detriment of those in their own iwi in need of support.
July 13, 2012 at 11:20 PM

Towack said…
I'm mindful of what the greens got when they lay in bed with helen, basically nothing - the insulated homes thing was all.

The greens were a tiny minority, just like the Maori party are, little parties make little change. Thats life
July 14, 2012 at 5:54 PM

bsprout said…
I'm sorry, Towack, the Greens have never been in coalition with any party before. The closest we got was with Helen's Labour but she decided to go with United Future and New Zealand First instead.

Despite never being in government we have had memorandums of agreement that have enabled us to progress our policies. Our home insulation scheme with National has provided 150.000 insulated homes and has delivered a $1.40 return on every dollar invested.

Most of our gains have been delivered through private members bills and considering we have to lobby support from other parties to get them through mean we are skilled at working with others.

As we have been polling well over 10% for some time we can no longer be considered a minor party so any coalition relationship in the future will be quite different from what other parties have experienced.
July 14, 2012 at 6:37 PM

Nice Man said…
The information you have given in the blog really marvelous and more interesting.