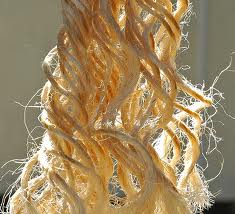 After three years and tens of millions of dollars, the National Standards in Education are still not embedded nor functioning as intended. 78% of schools are still not fully using them and around 1/5 aren't meeting even basic requirements.

The teaching profession asked for a trial before full implementation and this was ignored, we had also asked for dialogue around addressing the many flaws and this was also brushed aside. The past education minister, Anne Tolley, set up an advisory group that initially included representation from the profession but then refused to discuss concerns with the Standards themselves. The group only existed to progress the implementation.

Now the profession are being told that league tables and performance pay is on the agenda and National Standards will be used to inform both.

We should be proud of our quality public education system that consistently gets ranked in the top 5 internationally and, although we can still improve, the constant introduction of half baked schemes will only have a negative impact. If change is to occur it needs to follow the process used to develop and introduce the New Zealand curriculum. A co-construction model was used and the curriculum was researched, written and reviewed over a period of 5-6 years. The result was understood and owned by the profession and was supported by research and tested in practice. The curriculum is well regarded internationally and the implementation was underway when National Standards was thrown into the mix.

The National Standards began life as an unformed political idea and was implemented at the same time it was going through the design process. The initial information to parents was published by the National Party and not through the Ministry of Education. Professional development to support the introduction of the Standards was confusing as the facilitators could not keep up with the constant revisions and adjustments that occurred over the first year.

The Standard's narrow focus on literacy and numeracy has changed the culture of our schools and important learning areas like Science and Technology are being underdone. Already we have heard warning bells regarding our slipping achievement levels in Science. Even schools that have staunchly refused to engage with the Standards are experiencing perceptible changes in their curriculum delivery and school culture according to researcher, Martin Thrupp.

The current Minister of Education, Hekia Parata, is attempting to engage and have ongoing dialogue with the profession. Her focus, however, is still around supporting the National Party's agenda and not discussing whether the agenda is appropriate in the first place.

The National Standards are indeed "ropey" and unless they are substantially revised and appropriately moderated, will never provide reliable or useful data. League tables are not used by the highest performing countries in education and performance pay based on flawed data is doomed to failure.

We need to focus on stuff that does deliver; properly implementing our curriculum, quality professional development for teachers, smaller classes, well funded resourcing and teachers starting each day in the classroom feeling positive about their job and feeling valued for they do.

Anonymous said…
Why can someone not look at EHSAS - Extending High Standards Across Schools and look at the good that was doing for the tail end, how that was working better than expected as the Minister (Tolly) didn't read the incoming portfolio when governments changed?

National stated it cost too much money but would love for someone to look at how much it actually cost, how much it would be costing today if still in place and compared to how much is spent on measuring a narrow focus such as NS.
July 5, 2012 at 7:56 PM

bsprout said…
Anonymous, National just doesn't understand that investing in education programmes that work actually more than pay back that investment. Instead they literally throw money at schemes that will never deliver.

For all that, addressing the huge issue of child poverty and low income families may actually make the largest difference. Teaching only comprises 10% of all the influences that have an impact on a child's academic achievement. It's easier to blame teachers than raising the minimum wage and providing good jobs!
July 6, 2012 at 1:51 PM

melulater said…
I worry about how League Tables will impact not only on schools, but on the children and their families.
In 2001, when I went to the UK on my OE and taught in London schools, teachers told me that parents stood in the playground and compared the results their kids got in Key Stage tests. One school I taught in celebrated that they were second to bottom instead of bottom of the table in their borough. At the same school, kids would not draw a picture by themselves, they wanted me to draw it for them incase they got it wrong. Another school I went to, the kids had no idea about anything else in nature, because they were only taught about the reproduction system of a flower, because it was in the KS test.
Children were generaly turned off learning and tricky to manage, particulary after lunch, because their playgrounds were not existent.
I reflect back on that and compare to my students now, who love to draw from imagination, who have so much life experience and are exposed to many learning experiences... and I am determined to ignore NS and teach to grow the whole child who lives above the line, with awe and wonderment and can solve difficulties as they arise.
July 10, 2012 at 12:26 AM

bsprout said…
Melulater-What you describe as happening in the UK is similar to what a Honk Kong teacher described. The children lose confidence in themselves and the joy of learning. Once we go down the line of only teaching numeracy and literacy and have a heavy focus on assessment it will be the end of our quality public education system.
July 10, 2012 at 11:01 AM