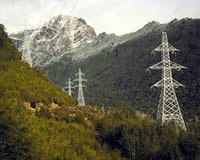 In today's Southland Times, S Osborne attempted to support the construction of a private tourist tunnel in Fiordland National Park by claiming the impacts would be minimal. Using the Manapouri Power scheme as an example of minor impacts only displayed the ignorance of the writer.

I wish to correct some rather large misrepresentations from S Osborne (20/7/12) regarding the impacts of a private tunnel in Fiordland National Park.

To claim the effects would be minimal couldn't be further from the truth and to use the Manapouri Power Scheme as an example of "maximising the natural environment without leaving a blot on the landscape and yet still enhancing our world" was a poor choice.

Constructing the Manapouri power scheme involved diverting up to 510,000 litres of water per second into Doubtful Sound and substantially reducing the flow of the Waiau River. The construction was hugely disruptive at the time and the pylons and supporting road hardly constitute minor impacts to the park. Although it is an amazing feat of engineering I would hardly wish to repeat such a scheme in Fiordland again.

The proposed Dart/Hollyford tunnel will involve a huge amount of spoil that will be used to raise the small Hollyford airstrip by 8 metres and, due to the high rainfall, much will probably wash into the Hollyford river. It is proposed that the historic Gunn's Camp will be replaced by modern accommodation for the workers and, although this will be a privately owned and managed tunnel, tax and rate payers will be responsible for upgrading and maintaining the roads at either end.