National Govt. Brings Much Happiness to Some 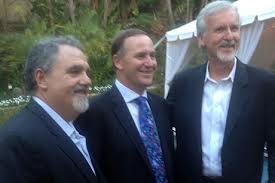 This National led Government is getting some bad press at present, but we should remember that not all New Zealanders or companies are unhappy with their governance and quite a number are very pleased with how things are being done:

The US movie moguls find our government very helpful as they are prepared to change immigration and employment law to accommodate them. I'm sure they are also appreciative of the Government's willingness to spy on our own residents when their profits are threatened. Warner Bros were especially grateful for the $10 million in tax breaks and the $13.4 million in advertising subsidies.

Australian Banks love our Government, not only is all our government banking done through Westpac but the New Zealand wings of each bank tend to be the most profitable. The last four years have been more profitable than the previous four and the $14.42 billion earned between 2008-2011 meant the almost  $2 billion that was clawed back in avoided taxes was easily absorbed.

New Zealand's wealthy have benefited greatly from lower taxes and have seen a 20% average increase in wealth.

Steven Joyce's ex-employer Media Works were very pleased to receive a $43.3 million dollar loan to tide them through a a rough patch. It is obviously very useful to have friends in high places.

Private schools are especially grateful for the $35 million increase in funding. It is important that the children of National Party MPs, who attend these schools, are able to continue enjoying their small class sizes and greater individual attention.

The America's Cup Challenge also benefited from a generous $36 million taxpayer gift, it is so important to ensure we can compete on an equal footing with bigger nations in this elite competition.

Many private care providers are grateful for the government's support in keeping wages low and abolishing the Pay and Employment Equity Unit. This has allowed Ryman Healthcare (one of New Zealand's largest rest home providers) to record $84 million in profits last year, an increase of 17%. This wouldn't have been possible if they had to pay good wages.

The sales of luxury cars are now strong enough in New Zealand for Rolls Royce to open a local dealership. BMW were pleased to provide the government with a new fleet of their cars and were happy to include all the luxury extras like heated seats. The $6.8 million spent on these cars will ensure the bottoms of our MPs will be kept toasty warm. 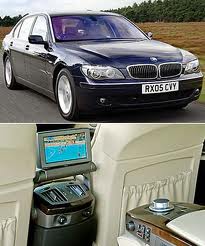 
Of course all those who have spent some of their growing wealth on luxury cars are very supportive of the $12 billion being spent on our Roads of National Significance (even though they will only cater for 4% of the country's traffic), it is not good for a Roller or BMW to sit idling in traffic jams. It is important to make sure that the money goes on these roads rather than public transport, because no self respecting billionaire or millionaire would wish to sit on a bus crushed full of hungry beneficiaries.

All those who invested in South Canterbury Finance were overjoyed to have their investments secured with the Government's $1.775 billion bailout. The $405 provided by every man, woman and child in New Zealand ensured that their rainy day nest eggs were safe.

International mining companies have been wonderfully supported by the Government's determination to make more conservation land and marine reserves open for prospecting and mining. They especially like the minimal 5% royalty and the limited environmental overview.

The Greek shipping company that owned the Rena feel that they were lucky that the Government did not sign the document that would have ensured that had to pay more of the cleanup costs. The $28 million that the Government will be paying for them is substantial.

John Banks is extremely grateful that John Key has refused to read the police report that proves that he had behaved illegally and that he continues to accept his explanation for what happened with Kim Dotcom. The Prime Minister's support means that this talented MP (he is a very animated story teller) will continue to enjoy the BMW's heated seats, courtesy of the taxpayer.

Despite some glitches, Sky City are very happy with John Key's enthusiasm to allow them to increase their revenue through increased numbers of pokies. The fact that the company only has to pay 2.5% of net profits to the charitable trust also suits it fine (it has to pay 28% to state governments in Australia). Sky City is especially pleased that normal process was short circuited to favor them for constructing a convention centre.

Many business are excited about the new youth rates that the Government will be introducing. Being able to employ workers for only $10.60 an hour will ensure lower labour costs and they may be able to get rid of more expensive workers. This may also offset the problems caused by the high dollar.

Those listed above may only be a small and exclusive group, but they are very happy indeed.

bsprout said…
Please add anything else that I have missed, as I'm sure there are lots more wonderful things that this government has done or is doing for some special people out there. :-)
October 9, 2012 at 5:11 PM

bsprout said…
Good point, Anonymous. The Tiwai Smelter does consume 15% of our total power production but I'm not sure if we can lay the blame only on National for their electricity subsidy and subsequent profits. I think Rio Tinti has worked around both Labour and National to gain business friendly deals.

What I would say is a concern is National's callous disregard for the possible 600 workers who may lose their jobs if Rio Tinto decides to play their trump card in the current negotiations.
October 9, 2012 at 8:34 PM

bsprout said…
Good additions, Phil, Party Central was a classic. Mining companies must see us as heaven, we are not ranked 3rd in the world for the ease of doing business for nothing. We are one of the strongest advocates for free trade in the world but tend to ignore important protections that would normally be necessary for a small and vulnerable economy such as ours.
October 18, 2012 at 9:40 AM