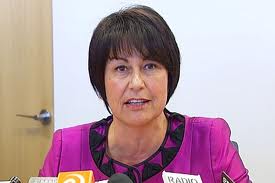 One of the four principles our Green Party charter is "Apropriate Decision Making" and this is recognised in how we operate throughout our membership structures and at caucus level. When I first became involved with the party I did find the use of consensus decision making on major remits ponderous and protracted at times, however, after many years of being involved in the process, I totally support it.

I have been involved in many different organisations at a governance level and have seen how decisions that are based on limited consultation and are rammed through by a quick vote and a narrow majority generally have negative consequences. Even those that use a 75% majority vote for major decisions often end up with the 25% feeling disgruntled and the decision having to be revisited at a later point. A consensus decision doesn't have to mean 100% agreement but it does mean that those who disagree are prepared to recognise they are in a minority and will support consensus. Decisions made in this way, though time consuming, are hugely useful in maintaining unity and stability, and probably save time and energy in the long run.

For this National led Government such a process would be a total anathema. For them, democracy (for what its worth) ends after the election and then once in the seats of Government they appear to develop a sense of position and entitlement that does not require any further engagement with the voting public. Consultation or evidence based decisions are rarely used unless there is unavoidable necessity (like consulting iwi regarding Section 9 and the asset sales).

The past four years have seen numerous examples of where blind ideology has dominated decisions and an unhealthy haste has been used with disastrous consequences. We have seen the ACC debacle, the Mfat chaos, privacy breeches and systems failures because of poor consultation, short staffing and fast tracked processes. Much legislation has been passed under urgency with limited use of select committees and total the disregard of submissions.

Education that has been under siege more than most, with almost continuous change being forced on a sector which was probably the least deserving of such attention. The way decisions have been made regarding education have seen a huge shift from the collaborative, evidence based approach teachers have got used to, to one that is dictatorial and ideologically driven. When National first took power our education system was ranked in the top four internationally but a recent international assessment has seen us drop to eighth.

If we look at the major changes that have been forced onto our education system, or attempted to, over the last four years we can see total disregard for good process. 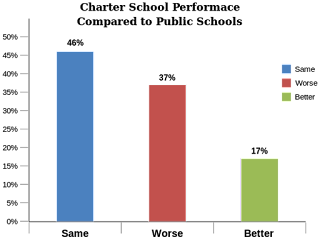 While the Government claims they are investing millions more in education, simple analysis shows that there have been cuts to areas that will actually lift student achievement while much spending is going into areas that has no direct relationship to teaching and learning. It is teachers, specialists and support staff that will make a real difference and yet the money available for remuneration is being continually squeezed and we have increased spending on the following:
Imagine if the same $2+ billion had been spent on directly supporting our most vulnerable children.

Chris Trotter attempted to portray the Green Party as naive in a recent post Appointment With Reality when stating: "Greens really do believe that that the way they arrive at major decisions is every bit as important as the decisions they make." It is fairly obvious to me that both Labour and National suffer from the same kind of arrogance when disregarding the fact that the journey to a decision is actually important and the power to make that decision shouldn't be taken lightly.

New Zealand's education system may have actually ended up leading the world if we approached decisions very differently:

What concerns me most is that after six years of a National led Government the education culture in New Zealand will be so altered and corrupted by poor process it will take us another six years to rebuild and get back to where we were. While the sacking of Hekia Parata is probably justified, given her shocking performance, it is a change in Government that we really need.