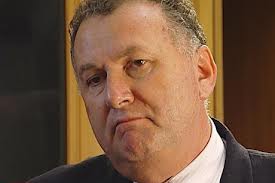 Russel Norman's opinion piece in today's Herald made it clear that the Green party is unhappy with the Labour Party giving Shane Jones free rein to attack them. The fact that Russel expressed his concern in the media has been criticised by Labour blogger Robert Winter as being "ill timed and unhelpful".  While I normally agree with Robert's informed and measured commentary, in this instance I disagree.

Recent polls have shown that a future Labour/Green coalition Government is a real possibility and most  political commentators recognise there has been a distinct re-configeration of the left and the Greens are well established as a mainstream party. MMP has taken a while to embed and we have now got to the point when the past "big two" will never again govern through a single party majority.

While National may still dominate the right, it will probably always be dependent on bringing together a collection of fringe parties to form a Government. While this may allow them to be the dominant force in any coalition it also has the drawback of having to support and work with some of the more unstable parties and extreme philosophies. There is a distinct possibility that Colin Graig and his Conservative Party may fill the void of the dysfunctional and dying Act Party and the Libertarianz party is also keen to fill that space. In a candid moment a National MP expressed his frustration to me that his Party always had to go into coalition with "fruit loops" and it was obvious during the 2011 election campaign that many within National would have been more comfortable with the Greens than their current partners. Keeping John Banks' and his Party on life support must be extremely frustrating.

I know that Labour are having some difficult decisions to make regarding their place in the new political landscape. While still the largest Party on the left their past dominance has taken a major hit and it is probably unlikely that they will ever rise above 40% support as they have been hovering around the low thirties for around five years. If you take the lowest recent level of support for Labour  (27% on election day) and the Greens' highest (17% in April this year - Roy Morgan), the 10%  difference between them shows a significant shift in the dynamics of the left.

Labour has a dilemma that they must deal with before they can truly form a strong campaign for 2014 and it is around how they manage the Greens. This was obviously a common topic of conversation and informal debate at Labour's recent conference and it is still something they haven't resolved. As an outsider, who has many friends within Labour, the answer is clear but will be hard to swallow for loyal Labour supporters, who probably still yearn for the old days pre MMP. The Labour Party cannot waste energy trying to reassert their dominance of the left as this will probably involve attacking and discrediting their future coalition partner and will just create uncertainty and confusion amongst voters. They need to totally focus on presenting themselves as a disciplined Party with a clear vision and this is still what is most lacking in their public persona. People will vote for Labour for what they are rather than what they're against and this will also be true of the Greens.

Shane Jones' recent attacks on Gareth Hughes and the Greens' fishing policy lacked discipline or clear articulation of Labour 's own Policy. The fact that Jones' comments were not contradicted by the Labour leadership displayed a weakness in Labour's own position regarding the state of New Zealand's fishing industry and its sustainability. It also indicated that Labour were comfortable with their own MPs attacking a potential coalition partner in a personalised manner.

Those who vote Green do so because of the principles that we stand for and our environmental and social justice advocacy. Voters do not want a subservient and compliant Green Party in any future coalition, if that was the case they would just vote Labour. A future Green and Labour coalition should be a bringing together of two distinct parties and the resulting governance will be one where legislation will be debated and developed through a robust process. This has been lacking under National and we have seen ideology dominate over evidence and reason. It is important that both Labour and the Greens are able to openly express their points of difference and establish themselves as individual entities, this is healthy. It is the manner in which the relationship can be managed through good process that will be the test of the coalition.  Decisions should be based on the merits of evidence and sound arguments and not progressed through bullying and personal attacks.

robertguyton said…
Laugh at and with Jones. It'll confuse him and put his aim off. A zig-zagging target is hard to hit!
December 3, 2012 at 3:40 PM

Unknown said…
Can I say on behalf of a number of Labour activists that we agree entirely.
December 3, 2012 at 3:52 PM

Jenny said…
"Voters do not want a subservient and compliant Green Party in any future coalition, if that was the case they would just vote Labour."