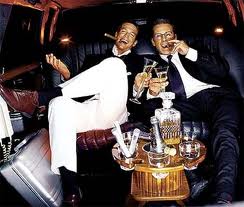 The takeovers of our local banks by Australian ones was part of the neoliberal agenda in the 1980s and the view that the size of the bank ensured sustainability and security. The BNZ has been bailed out twice in its history (1894 and 1990) and was eventually sold to the National Australia Bank Group in 1992. The community owned Trust Banks were amalgamated in the late 80's and early 90's into Trust Bank New Zealand Limited which was then subject to a takeover by Westpac in 1996 (so ending around 130 years of community banking). PostBank once provided banking in most rural areas until over 600 branches were closed in 1988. By the mid 90's the shift to larger, Australian based banks for most of New Zealand's Banking was largely achieved.

The change in our banking culture has been accompanied by a change in the way that banks operate, in earlier times banks were largely seen as providing a service and supporting economic and business activity and according the Encyclopedia of New Zealand profit margins were conservative:

"In New Zealand bank profits are earned from four main sources–interest on advances, margins between buying and selling rates of exchange, charges for inland exchange and other services, and interest on investments. That these are relatively modest is evident from the annual accounts of the Bank of New Zealand. In its financial year 1963–64, this bank's disclosed profit of £748,375 was equivalent to just under 6.5 per cent on total shareholders' funds."

This philosophy has undergone substantial change and banks now operate with a profit driven approach as any other business and their main objective is returning strong dividends. Charges are determined not by what is reasonable to cover costs but pushed ever upwards to whatever the market tolerates. Internationally banks now dominate the corporate world and our largest New Zealand banks drag billions in profit back to their Australian owners.

The myth that smaller locally owned banks can't survive doesn't hold up in reality. Two particular banks have proven what can be achieved with prudent management and self-belief. The Southland Building Society had decided to follow the trend to merge with an Australian bank when a group of local Invercargill businessmen and accountants objected (with strong local support) and stopped the process. With the support of a Green MP (the late Rod Donald) the SBS established its independence and has now grown into the largest New Zealand owned building society with bank status and almost $2 billion in assets.

Kiwi Bank was established as a coalition deal between Alliance and Labour and Jim Anderton claimed that there was strong opposition to the concept and concerns about it's viability and yet it is now our fifth largest bank (based on total assets). With around 300 new signups a day Kiwi Bank is offering a serious challenge to the big four.

The New Zealand Government uses Westpac for all its banking and the Greens have been pushing for a gradual shift to Kiwi Bank. This idea has been opposed due to the probable resistance from Westpac itself and the normal concerns around challenging the status quo. When the Government recently had to take legal action against Westpac for tax avoidance of over $1 billion it seems rational that shifting to a local bank will ensure any banking profits remain within New Zealand.

The Reserve Bank's favouring of Australian banks has been revealed by Russel Norman and their indecent relationship has been challenged in the following press release:

Reserve Bank must regulate banks not be their champion

Reserve Bank Governor Graeme Wheeler misled Parliament at his first appearance at the Finance and Expenditure Select Committee when he told the members that bank profits were “about average or below” most other OECD economies, the Green Party said today.
Data now obtained from the Reserve Bank by the Green Party under the Official Information Act shows that New Zealand banks’ pre-tax returns on assets from 2009-2011 make them the fifth most profitable banks in the OECD, with only Iceland, the Czech Republic, Singapore, and Australian banks more profitable.
“The Governor was wrong to tell Parliament that our foreign-owned banks are only making average, or below average profits,” said Green Party Co-leader Dr Russel Norman.
“The Reserve Bank’s own bank profitability data ranks our big four Australian banks as the fifth most profitable in the OECD.
“Our new Governor’s complacency about bank profitability is concerning. His job is to regulate our banks, not be their champion.”
Earlier in the year, the independent Bank for International Settlements found that Australasia's big four banks were the most profitable in the developed world for 2010 and 2011. In 2011, Australian banks made a pre-tax return of 1.19 percent on assets compared with a global average of 0.36 percent.
“The Governor’s mistake demonstrates one of the limitations of having one person solely responsible for the decisions of the Reserve Bank,” said Dr Norman.
“Boards make better decisions than individuals and are less prone to capture by the industry they regulate. This is why no other OECD country vests this much power in one person.
“The simple fix is to make the Reserve Bank Board accountable for significant Reserve Bank decisions – like setting the Official Cash Rate – and ensure the Board includes representatives from the wider economy, like the export and manufacturing sectors.
“The excessive profitability of our Australian-owned banking sector is to the detriment of other sectors in the economy, like manufacturing and agriculture, and affects anyone on a personal level that has a mortgage, credit card, or has savings in a bank.
“If we care about creating jobs and maintaining our incomes, we can’t afford to have a complacent bank regulator that looks at excessive bank profits and then looks away.”
Reserve Bank profitability data released under the OIA:
http://www.greens.org.nz/sites/default/files/reserve_bank_banking_system_comparisons.pdf

Following Russel Norman's claim that that the new Reserve Bank Governor was misleading Parliament by stating that the Australian banks were making average to below average profits, Graeme Wheeler explained that he had been using different data. What gives credence to Russel's view is that even I was aware of the huge profits that were being achieved by the banks and their high performance internationally. Wheeler was either trying to misrepresent the reality to continue the current banking sham or his competency should be in question.

It is also interesting to note that Kiwibank made an impressive profit surge of 276% and as it had declared that profit, will probably be paying tax on that. The fact that the Kiwibank has lower bank charges than the Aussie banks and still made a profit well above the others indicates that the other banks may have managed to minimise their real returns and reduced their tax bills considerably. Admittedly I am no economist but I would like to have this explained and preferably by our Governor.

bsprout said…
It may not seem modest but in the last year the same bank (BNZ) recorded a profit of $741 million 25 times more, and probably with less customers.

Over the last year Westpac saw a 22% increase in profits and the big Australian four had combined profits of $3.5 billion. Also remember that they are all skilled in tax avoidance and the real profits may be twice as much.