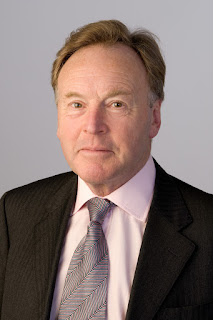 Ombudsman David McGee was so concerned by the reported difficulties for schools and communities to access information regarding Christchurch school closures, that he initiated his own inquiry. His report revealed that the Ministry of Education had deliberately withheld information that was necessary to support a proper consultation process and had advised that the Christchurch City Council should lie on its behalf. McGee is one of many appointed authorities who have openly questioning the processes being employed by this Government, and its departments and ministries, to support their policies. As the author of Parliamentary Practice in New Zealand, which is the authoritative guide to parliamentary procedure (in its third edition), his opinion carries considerable weight.

The Ombudsman's views on each matter were rather damning of the Ministry's behaviour:
In his interview on Nine to Noon this morning David McGee expressed particular concern about the consultation process that was being used to progress the school closures and mergers within Christchurch. While the Ministry is legally compelled to consult with boards of trustees, he suggested that the excluding the wider community in the process may not be a good idea. McGee also explained his concerns about a consultation process where those being consulted have information vital to any meaningful submission withheld or unnecessarily delayed.

In light of what has already occurred (including the inaccurate data used to shape the draft plan) NZEI is quite right in calling for an apology from the Ministry to the people of Christchurch and for the consultation to be restarted.  This would be a wonderful Christmas present for the beleaguered school communities and their school staff, many of whom do not even know if they will be paid over the Christmas period due to the Novapay debacle.

Perhaps this report was the last nail in the coffin, but the Secretary for Education, Lesley Longstone handed in her resignation today. She struggled in the role due to her lack of understanding of the history and culture of our education system and she wasn't helped by having to work with a non-communicative Education Minister. Surely it is the Minister who really needs to go after one of the most shocking performances in the position in education history (even beating the infamous Merv Wellington).