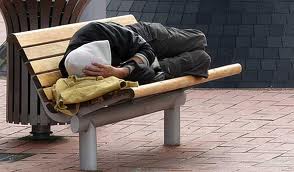 I am not an economist (although I did study economics at high school in the 70s) and yet I can clearly see glaring examples of economic mismanagement by this National led Government. This became even more obvious over the last two days after reading a copy of the NBR's "Rich List 2012" and then hearing the news report that the incomes of Maori and Pasifika families had dropped considerably over the last four years.

Since first becoming the Government in 2008 National has made it very clear that it is the already wealthy who deserve the most support and ordinary New Zealand workers and families need to make sacrifices to ensure the flow of money goes up, not down to those who need it the most. Dropping the tax rate to upper income earners has been the largest contributor to growing our income inequities and declining government income. Tax revenue plummeted in the two years following the tax cuts by $5.7 billion and the claim that this would be off set by an increase in GST never happened. It is now four years after the tax cuts and the last annual tax income was still $150 million short of the 2007/8 total. The Government's income from tax has dropped by an average of $2 billion a year since 2008.

Last year our richest New Zealanders averaged a whopping 20% increase in their wealth while the average wage only increased by 1.9%, hardly keeping up with increases in inflation or the CPI. While the Prime Minister used to make much of their aim to catch up with the Australian economy he obviously had no intention of relating this to ordinary incomes. The median income in New Zealand is now $28,500 and if you were lucky to earn $30,000 you would pay $4,780 in tax. If you earned the same income in Australia, the first $6,000 is tax free (they don't tax paper boys) and the total tax would be only $3,600 (around 25% less). While poor Australians are supported by lower tax, their wealthy pay considerably more. Someone earning $200,000 in Australia pays almost $70,000 in tax, in New Zealand they would pay around 20% less ($56,920).

The way that this government have manipulated the economy has resulted in the disposable income of most New Zealanders being considerably reduced. The only people who are capable of spending money on much more than the necessities of life are the increasingly wealthy minority and the collective wealth of the 100 richest New Zealanders, $52 billion, is now rapidly approaching the Government's annual income of around $70 billion. This is also why Owen Glenn, our 11th richest man, can afford to spend considerably more on helping poor families than the government. It has also caused the domestic economy to mainly focus on delivering goods and services to the rich while there is little available to the poor except food parcels and a growing number of second hand clothing shops.

When the Gore food bank has seen a 76% increase in food parcel demand and are not just supporting the unemployed but low and middle income earners, then we should be hearing warning bells. The Salvation Army are nationally providing over 1000 food parcels a week. Continually rising power charges and rental costs are eating into incomes that don't increase. Our "Rich List" comprises of widely recognized individuals and families who live in houses and have lifestyles that were once thought to only exist in Hollywood. 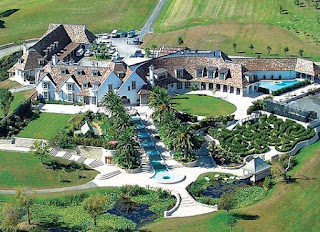 Our "Poor List" is too large to be able name individuals and probably comprises over 30% of our population.  While the average European New Zealand family saw their income increase by a paltry $11 a week over the last four years, Maori families have seen their weekly income drop by $40 and Pacifika families lost $65. This may not sound much to someone like Jenny Shipley who earns $1000 a day to oversee those leading the Christchurch recovery but for someone on the median weekly income of $550 a week (before tax) it is huge. $65 represents half the weekly food bill for a struggling family, one meal and a glass of wine for a government consultant or half of what Graeme Hart earns every time he blinks.

Anonymous said…
I have even less economics tuition in my background.
In my primary school days I attended a very large primary school. The Headmaster was a fond of "storming" into the classroom and firing off a question to test our thinking skills. One that sticks in my mind was, " If there are fourteen birds sitting on a power line and I shoot one, how many remain?"
August 1, 2012 at 9:25 AM

bsprout said…
Anonymous-If you over-feed the birds they get fat and lazy and anyone underneath gets covered in shit. ;-)
August 1, 2012 at 10:52 AM

Anonymous said…
I agree. Once birds become dependent on hand-outs they lose any desire to fend for themselves.
August 1, 2012 at 11:46 AM

bsprout said…
And if we want the birds to survive independently we have to create an environment where independence is possible. This means that a proper balance is necessary to ensure that one sector of the environment should not exist at the cost of all others, which is obviously unsustainable.

I think your analogy applies to business leaders as well as workers.
August 1, 2012 at 4:11 PM

Anonymous said…
Birds survive independently by locating the nearest food source. They do not die of starvation when food is not available in the usual place. Some migrate huge distances seasonally. Hand feeding them destroys that resilience.
August 1, 2012 at 4:58 PM

We are dependent on biodiversity for our long term survival and if we replace that biodiversity through artificially controlled monocultural environments then we are exposed to potential catastrophic events.
August 1, 2012 at 5:39 PM