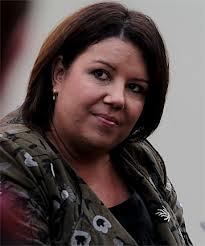 What is ethical behaviour?

Answer Ethical behaviour is characterized by honesty, fairness and equity in interpersonal, professional and academic relationships and in research and scholarly activities. Ethical behaviour respects the dignity, diversity and rights of individuals and groups of people.AnswerEthical behavior is the standards that you hold for yourself of the attributes of honesty, responsibility, and how you treat others in all facets of your life. The same standards are applicable to whatever position you hold in commerce, in your community, and even behind your own doors where only you know what you do. Ethical behavior is applying these standards even when it is inconvenient to do so.Read more: http://wiki.answers.com/Q/What_is_ethical_behaviour#ixzz23gEayLmo

I am continually astounded by the National Party Ministers who brazenly approach their responsibilities as if governing should only only involve the barest legal or fiscal considerations. Conflicts of interest are brushed aside, abuses of power are common and the recognition of human rights and human dignity are considered unnecessary extravagancies:


Judging by the enormous ethical vacuum that exists within this government, some education in this area is desperately needed!

Feel free to add more examples, I got too depressed after listing 15.

Anonymous said…
Te Green Futures super fund owning property that is rented to Green MPs for which they claim an accommodation allowance.
August 17, 2012 at 9:11 PM

bsprout said…
Quite true, we Greens also get things wrong. However we didn't need to have it discovered by someone else to address it and we learn from our mistakes. The billboard defacing was another example of how Greens try to deal with unfortunate situations-transparency, honesty and putting things right as soon as possible.

It is a sad fact that because the Greens promote transparency and good process, we are under close scrutiny and any wrong doing, no matter how minor, is held up as evidence that we are hypocrites. Whereas the fact that misinformation, fudging, lying and coverups are so common with other parties it is almost accepted as normal practice and quickly forgotten.

Anonymous said…
The Greens promoting transparency and good process is, on its own, admirable enough.

It is the "holier-than-thou" attitude that trips the Greens up.

Your second paragraph "It is a sad fact that because the Greens promote transparency and good process, we are under close scrutiny and any wrong doing, no matter how minor, is held up as evidence that we are hypocrites. Whereas the fact that misinformation, fudging, lying and coverups are so common with other parties it is almost accepted as normal practice and quickly forgotten." is a good example.
August 18, 2012 at 2:36 PM

bsprout said…
You make a reasonable point, Anonymous, but social responsibility and appropriate decision making are two principles from our Charter. http://www.greens.org.nz/charter

While we are still human, and sometimes fail to meet the standards we set ourselves, at least we do have these principles that guide our political activities. We also think that these principles should be adopted by others if we want decent and fair governance.

There is always the danger that we could be painted as the painful "goody goods" and killjoys that sit at the front of the class, but parliament is not a primary classroom and some standards should be expected from our elected representatives. The speaker should not have to continually reprimand MPs and have cause to compare them with 3 year olds.

Paula Bennett crossed the line when she released private details, John Banks should not still be in parliament after his appalling lack of honesty and transparency, the "holier than thou" impression is probably an unfortunate result of others being so incredibly otherwise.

Anonymous said…
Banks was accused of breaching inadequate local Government rules in the Auckland Mayoralty contest. The acquital suggests that the law is the ass. Chasing Banks is politically motivated as those inadequate laws allowed other contestants to use them in a similar way, yet such scrutiny of their activities has never been raised. Demanding the standing down of Banks in another sphere, namely Central Government, simply highlights the political agenda of his accusers.

Bennett crossed a line that she should not have.
The person that Bennett outed was poor-mouthing the system that was shown to be assisting her generously.
A similar situation occured when a MUNZ striker bad-mouthed the POAL as an employer, but was shown to have been very well treated by the employer.
Ewen MacDonald was portrayed in Court to be an ordinary everyday bloke. Subsequent disclosures of fact have left many NZers aghast at his activities, even though his acquital was the only lawful result based on the evidence presented at his trial.
Bennett just has to put up with beneficiaries bagging the welfare system, and her as Minister. The POAL similarly has to stand by and take the flak from employees. Transparency and good process is not an even-handed tool, and those in their position just have to grin and bear it.
The voting public is not entirely unaware of the political agendae at play.

bsprout said…
Anonymous, ethical standards should be applied at any level of governance, just because the law at local government level was weak doesn't justify the behaviour of someone who barely scraped through on a legal technicality. Banks' behaviour was worse than others as not only did he knowingly abuse the rules for personal gain but his behaviour and convenient memory losses when outed were extraordinary. Surely we should expect better than that from a Minister of the Crown.

I'm relieved you agree that Paula Bennett went too far. The Government and employers have a responsibility for setting high standards of behaviour and any dispute should managed within the parameters of the disagreement. Using personal details to undermine individuals is despicable behaviour and cannot be condoned no matter what the provocation.

It was unfortunate that you used the POAL dispute as an example to support your argument. The MUNZ worker that you referred to had every right to question the change of his employment conditions and just because his employer had supported him in the past (as it should have done as a good employer) doesn't mean he has no right to complain at a later stage.

Employers benefit from the work of their employees (it is a symbiotic relationship) both should have rights and responsibilities. I get quite frustrated when I see hard working and generally loyal employees exploited and not valued by some employers. The POAL workers had lifted their productivity considerably and made the Auckland the 2nd most efficient port in Australasia. They did not deserve to lose their job security so that Auckland city could extract even greater profits from a business that already achieved excellent returns.

I sent you email but no reply?

bsprout said…
I don't see how they are incompatible, Shane. You probably need to explain how you think they are.
August 22, 2012 at 12:13 PM

bsprout said…
Shane-According to the research in Wilkinson and Pickett's "Spirit Level" the most equitable societies tend to be the most stable societies, have better health outcomes, less crime and greater productivity. It then stands to reason that one of the best ways of ensuring children who live in families that struggle financially to succeed in life and contribute well to society is to provide them with a good education. While you couldn't say that education is totally free in New Zealand the children from the most challenging circumstances can almost be guaranteed to get an education not too different from children who come from the most privileged circumstances.

Probably Finland is the best example of a successful public education system in one of the more equitable societies: http://www.smithsonianmag.com/people-places/Why-Are-Finlands-Schools-Successful.html

Scandinavian countries have managed to weather the world's economic downturn better than most nations because of achieving a good balance between taxation and publicly provided social services and supporting private enterprise.
http://www.socialwatch.org/node/9364

The countries that have poorer public education systems tend to struggle in both social and economic outcomes.
August 26, 2012 at 10:03 AM

Its ok if you do not want to answer the question, it is your blog.

I was just wondering how one can have a right to liberty and property, and still get free education?
August 27, 2012 at 3:04 PM

Shane Pleasance said…
How one can have a right to liberty and property, and still get free education?