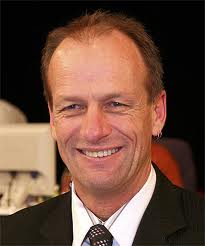 Today's Southland Times editorial accuses teachers of petulance and operating under political agendas after a decision from the Chief Ombudsman. Dame Beverley Wakem has unfortunately decided that schools should follow the directives provided by the School Trustees Association (STA) rather than the advice of the New Zealand Eucational Institute.

It is difficult to provide all the information needed to to refute a lengthy editorial in a 250 word letter but I had a go:

Dear Sir
The editorial (Friday 10th) claim that NZEI and primary teachers are reluctant to release because of petulance and a political agenda couldn't be further from the truth. It is the Government that has the political agenda.

While our education system isn't perfect it is still highly regarded internationally and is consistently ranked in the top five. None of the highest performing education systems use league tables.

Of all the determiners of a child's academic success teaching takes a back seat to influences such as poverty and family support. When 25% of our children live in poverty it is unreasonable to put the bulk of the responsibility of lifting underachievement onto teachers and schools. The Government has largely ignored the huge socio-economic deficits that exist in many communities.

Our Prime Minister himself has admitted that the National Standards data is "ropey" and to use that data so that schools can be compared, and judgements on performance be made, would be unethical and unprofessional. Most of our Primary Schools have rolls of 150 or less and the fact that individual children may be identified from the data provided has meant many schools have refused to comply for this reason alone.

Teaching and learning is complex and to focus on only two learning areas is missing all the other things that good schools provide. Schools and communities have already suffered from the misuse of the decile system of funding by wrongly attributing a school's decile number to performance and the same will occur with league tables based on ropey data.