Yin and Yang Applied to Governance 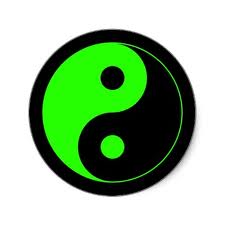 The importance of balance has probably been recognized since the first people wandered through the African savanna. Much of Chinese and Eastern philosophy is based around the concept of Yin and Yang, the idea that opposite but complimentary forces are needed to allow the world to properly function. Natural dualities such as dark and light, hot and cold, male and female and fire and water are regarded as manifestations of Yin and Yang. When one element dominates the other then the natural balance no longer exists and there are negative consequences.

Our society, our economy and our environment are suffering because the ancient understandings of balance have been ignored and the consequences have become even more pronounced over the last 4 years. I have already written about my concerns regarding gender based discrimination but an article in the latest Listener has emphasized this further.

I am involved with a number of organisations at a governance level and in each there exists a good mix of men and women. In every case the strength of governance has been enhanced by the diversity of representation and the decisions made have been more robust.

It is claimed that there needs to be at least 30% of one gender on any board for it to have any impact and while we are doing well in the public sector (40.7% women) our private sector has only 7.5% of their directors as female. It was probably the testosterone dominated decision making of many finance companies that contributed to their inevitable failure when research has shown that diverse representation on boards provides a 35% higher return on equity.

If we are going to move forward in a more positive manner we need to ensure that we don't become captured by monocultural, testosterone fueled governance. When one observes the antics of Bill English, John Key, Steven Joyce and Gerry Brownlee and their National Party (only 3 women in their top 15 in the last election), we see lots of high risk and rough guess decision making occurring that doesn't bare close scrutiny. We could do with less support for boom and bust economics, less gambling with our state assets, less spending on motorways and sport ($36 million to America's Cup) and a greater focus on sustainable business and addressing our high levels of child poverty. I guess we will just have to wait for a change in government and real diversity in our elected representatives for this to occur, I can't wait...

bsprout said…
Thank you for such an insightful comment, Stanley. You obviously disagree that we need to have greater diversity in governance. I wonder what and who you do believe in. I would hazard a guess that you believe John, Gerry, Bill and Steven are the best things since sliced bread.
August 9, 2012 at 1:31 AM

bsprout said…
I think you will have to explain yourself, Stanley, what do you mean by "force Wielding"? You sound like a very limited person who would rather hurl insults than engage in real discussion or debate.
August 14, 2012 at 1:44 AM