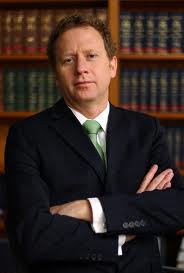 Russel Norman has exposed the truth behind this National led Government's inability to plan ahead and their total disregard for basic rights of privacy. Apparently if something hasn't happened, and is therefore "hypothethetical", then they can't actually determine a policy to manage it and anyone who dares to criticise the government stand to lose their anonymity and rights to privacy.

Russel used examples of real and hypothetical situations regarding the release of personal information  by government ministers to establish this horrifying reality. He began his series of questions, addressed to the Prime Minister, with one that established what a person must be prepared to do under this Government if they question any of their policies or initiatives:

"Does he agree with the statement made by the honorable Bill English, in relation to the release of Natasha Fuller's private details by his Social Development Minister. that, 'People who enter into public debate are welcome to do so... and should provide their full information to the public'?"

On behalf of the Prime Minister, Gerry Brownlee's answer was, "Yes!"

Presumably then a rape victim, who has not received counseling support from ACC for their emotional stress because of a shift in government policy, would have to be prepared to make public the details behind their concerns (and this isn't a hypothetical situation).

After this horrifying revelation Russel then tried to establish the circumstances that might trigger a Minister to release private details of anyone who questioned them:

"When Taleni Lafo entered into the public debate about the state of Housing New Zealand Corporation homes, under what circumstances would the Prime Minister consider it appropriate for Ministers to access her personal details and those of her family and make these details public?"

After getting a similar response with another plausible scenario, Russel then raised a point of order and explained that he was attempting to establish the Prime Minister's policy for guiding Ministers on releasing private information. The Speaker explained that the Minister had already indicated that in certain circumstances it would be desirable to do so.

Russel's questions had revealed the following:

1) The Prime Minister has no policy, that he is able to share, that provides guidelines to his Ministers around the appropriate release of private information.

2) That there would be circumstances where releasing private information would be acceptable and, as there has been no denouncement from the Prime Minister regarding the Social Development Minister's release of Natasha Fuller's details, that any critic of the Government could potentially be considered free game.

Although Brownlee tried to deny it, Russel's own conclusions (after receiving the prior responses) seem reasonable:

While I appreciate that Brownlee's refusal to answer questions that included hypothetical situations was just a weak attempt to avoid a reasonable (but potentially embarrassing) line of questioning, the fact that he thought it an acceptable response was also revealing. There are so many hypothetical scenarios that have and could become reality that have been actively ignored by this National led government.

I guess all those who are brave enough to point out the Government's lack of planning and investment in preventative action will know what to expect. Attacking individual dissenters rather than confronting the issues has obviously been effective so far, and I say this from personal experience.

Anonymous said…
As a long time member of the Labour Party, I am grateful for this robust line of questioning from Dr. Norman, the de facto Leader of the Opposition.