Rail is Worth the Investment! 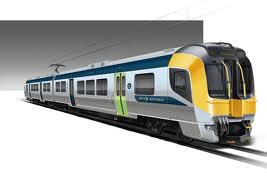 Of all political issues outside of welfare it is the status of our railways that most appears to polarise political ideologues. For those on the right any form of state owned transport is an anathema and nothing brings more joy to them than fleets of privately owned trucks roaring along newly constructed motorways. For those on the left the railways represent the pinnacle of state enterprise and a unionized workforce providing thousands of jobs across the country.

From the fifties the dominance of rail for transporting freight and passengers has steadily eroded because of the competition of improved roading, air travel and deregulation. In the 1950s the New Zealand Rail department had more than 1,530 railway stations and employed almost 30,000 workers, by 2001 Tranz Rail cut employees to 4,000 workers and only 100 stations remained in use.

KiwiRail's CEO, Jim Quinn, was interviewed on Q+A regarding the viability of our rail system and the wisdom of outsourcing the construction of new engines to China. Quinn was adamant that rail should and could operate profitably (as he has been employed to do) and supported the Chinese manufacture of the engines despite the questions around quality. The Q+A panel had Helen Kelly and Bryce Edwards strongly advocating for the social good that the system provided in terms of employment and Matthew Hooton took the line that our population is too small to support a national network and if it couldn't exist without government support it shouldn't exist at all.

While everyone would accept that rail has to exist in a different technological environment than the 1950s it is hardly redundant as a transport system, as Hooton would have us believe. Our Rail system was not given the ability to adapt and compete with other transport systems when it was sold off to a US company and merchant bankers Fay, Richwhite for a paltry $328 million. The New Zealand Railways Corporation became Tranz Rail and over a period of 15 years suffered from severe underinvestment as it struggled to provide a reliable service with its aging engines and rolling stock and poorly maintained tracks. The government bought back the rail and ferry operations from the later owner, Toll Holdings, for $665 million in an attempt to rescue what remained of the network and has been playing catchup ever since.

Contrary to Hooton's ill informed views, rail is experiencing a substantial renaissance, railways are shifting record tonnages of freight and now carry more than they did before deregulation. In 1994 9.4  tonnes of freight was carried and Kiwi Rail predicts over 16.5 million tonnes will be carried in 2012 (up 1.5 million tonnes from the previous year). As fuel costs rise and as concerns around the environmental effects of road transport increase, rail is an increasingly attractive alternative.

Increased road traffic and the convenience of improving passenger services have seen rail passenger numbers rapidly increase in Wellington and Auckland. Wellington has recently recorded over 12 million passenger journeys a year while Auckland's passenger numbers have more than doubled over the last ten years (exposing National's irrational obsession with motorways as the main solution to Auckland's transport problems). The Tranzalpine is regarded as one of the most scenically impressive rail trips in the world and there would be value in reestablishing other passenger routes (I see much potential in linking our growing number of scenic cycle trails with trains).

What the likes of Matthew Hooton, and others with a Neo Liberal agenda, fail to recognize is that rail should not be regarded within narrow business parameters. Due to years of under investment and a lack of promotion it will take sometime to bring the infrastructure up to a more contemporary standard and immediate profits are an unreasonable expectation. We must consider the external benefits of a strong rail network and the advantages to business of being able to transport bulk freight cheaply and reliably within our country (also enhancing our competitiveness as exporters).

Our Addington and Hillside workshops once employed over 1,700 skilled engineers and boilermakers and by closing these workshops we have lost a skilled workforce and potential employment for many of our disenfranchised young people. While we may need to subsidise the upgrading of the system for sometime yet, the long term benefits to our economy and social health makes it worthwhile. This investment also allows us to future proof our transport systems in the event of future increases in fuel costs and ensures that we can maintain a skilled workforce.

If Sir Dove-Myer Robinson was able to progress his rapid rail scheme, Auckland would not be suffering from its current transport crisis. Surely we have learned the lesson that to underinvest in rail just increases costs at a later date, spending on rail is future proofing our transport infrastructure. It is the most energy efficient method of transporting large amounts of freight and as a passenger system, the most effective way of moving large numbers of people.  Rather than being the transport of the past, rail is increasingly becoming the transport of the future.

Anonymous said…
Roads require massive subsidies. If rail had anything close to an equivalent level of tax and ratepayer support, NZ would have a rail network among the best in the world. We would not even be dreaming of wasting $12 billion on so called Roads of National Significance. Tourism would be booming. Commutes would be quicker, more comfortable, cheaper and more reliable.
August 13, 2012 at 5:31 PM

bsprout said…
Quite agree, Neil, the opposition to rail is totally nonsensical. I guess it's just those who have spent hundreds of thousands on a car and can afford to pay for the fuel and parking who want our focus to be on roads. I guess the two billion spent on luxury cars last year indicates that this group are a fairly large and influential one.
August 13, 2012 at 5:39 PM

Ben said…
Then again, it should be those that can afford the posh cars and all the fuel that should be advocating for rail.
More investment in rail -> less traffic than there otherwise would be -> better driving experience for those with posh cars.
I don't get why they would want to spend money on cars and then be stuck behind all the trucks and other cars on the road.
August 15, 2012 at 11:37 AM