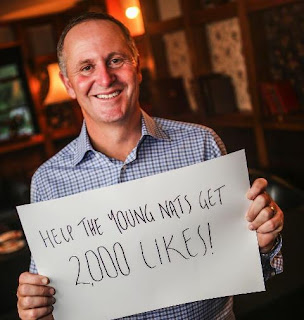 Whether you are Christian, pagan or something else altogether, Easter has a long history in the northern hemisphere as a Spring festival that celebrates resurrection and rebirth. Although it is Autumn in the southern hemisphere Easter is still celebrated with eggs and chickens. For some reason the holiday this year caused me to reflect on our younger generations and the youth members of our political parties.

It was great to see the youth wings of all the political parties united in support of gay marriage. The future health of New Zealand politics is obviously vested in our youth and I was interested to compare each party's youth wing by their respective Facebook pages. Social media is where it's at for the majority of our youth, few of whom use emails apparently, and I thought this would allow a clear comparison of the strength of the younger members in each political party. 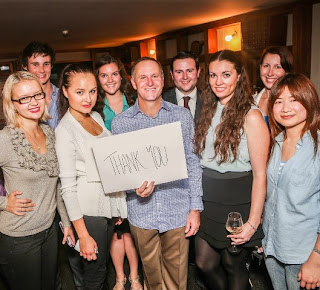 I started with the Young Nationals and while they do have a respectable 2247 "likes", for the Prime Minister to actively ask for more likes seems like an artificial way of boosting support. The contents of the page seemed very contrived and managed, lots of attractive young people with perfect teeth and Easter was celebrated with a photo of John Key as a young boy (168 likes when I last looked) and every other picture seemed to feature the Prime Minister. I noted that there were a lot of critical comments from other than Young Nats, especially on any status related to the environment. The provincial Young Nat pages seem less contrived and the Southern Youngnats has 295 likes.

The Young Nats ball is obviously a lavish affair and all the young participants looked as though they had privileged backgrounds and I struggled to see a young Maori or Pasifika face. 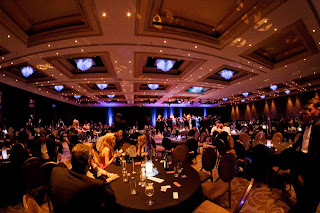 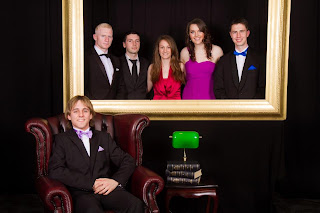 In 2010 there was some internal strife when there was an attempt to expel one of their young female members. Blogger Cactus Kate thought it was a strange move when there were so few politically active females in the Young Nats (I found this hard to understand when their Facebook page is dominated by attractive female faces). 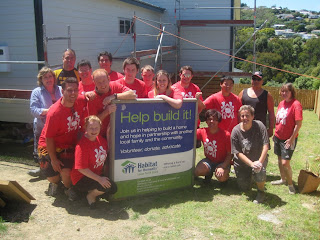 The Young Labour  page had 1802 likes and seemed to be a busy place with lots of comments and discussion.  Young Labour also appeared to have lots of provincial activity and Young Labour South Auckland having 82 likes and similar activity to the national page. Judging by some of the activity, Young Labour members are encouraged to be active in the community, including helping out with Habitat for Humanity

Young Labour started the year with a national tour and their annual Summer School consisted of participants who looked as though they represented a cross section of society. 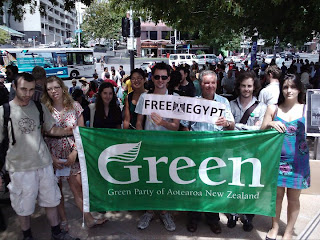 The  Young Greens page has almost 900 likes without resorting to a plea to boost the numbers. There is not the same level of conversation as Labour's national page but the Young Greens do have well supported pages in the regions.  Young Greens Auckland has 170 likes and the University of Otago Campus Greens also have an active page.

The Young Greens do not hold an expensive ball but do have an annual Summer camp on Jeanette Fitzsimon's farm... 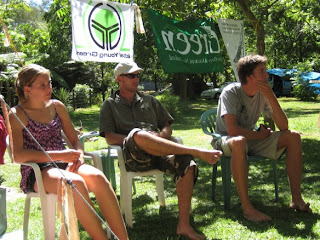 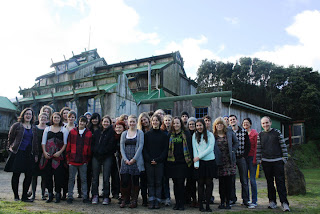 Young New Zealand First seems to be a misnomer given the demographic that is commonly thought to form the party's voter base. While I have no doubt that there are some younger New Zealand First supporters, I couldn't find their facebook page. 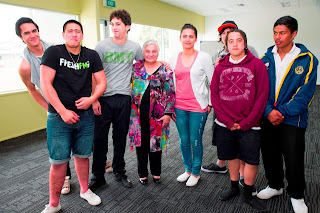 The Young Maori Party page has 84 likes and I was surprised that the cover photo of the page depicted their MPs rather than a picture of their young members. The page didn't appear to have much member activity, with only one or two likes for every status. 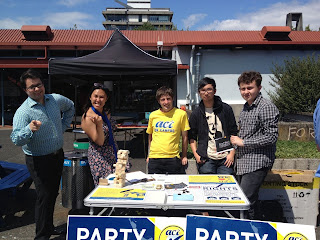 Young Act's main Facebook page is called Act on Campus and has almost 800 likes. I was impressed by the activity on the page compared to Act's main web site which appears devoid of activity other than the pronouncements of their lone MP, John Banks.

I found no information about a Young United Future group. 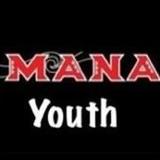 I could only find one Facebook page for young Mana supporters called Mana Youth. It only had 21 likes and no activity since 2011.

Overall I was impressed by the numbers of politically active young people. I have huge admiration for the Young Greens, with whom I am better acquainted, who are very active throughout the party. Young Greens impress me with their knowledge and capability and many have attained leadership roles before they were thirty. Gareth Hughes and Holly Walker both became MPs before they reached their third decade and both have more than proved their worth. While as a nation we have some huge economic, environmental and social crises that past Governments have been determined to pass on to following generations, we do have some extremely capable young people who are more than equal to the challenges ahead.