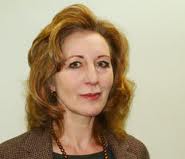 I have been very critical of Jane Clifton in the past, especially her determined effort not to give any attention to the Green Party in her columns. I am impressed, however, with her most recent offering "Power Politics" in the latest Listener.  Clifton has written a balanced and largely accurate overview of our current situation regarding our power supply, the dynamics within the industry and possible solutions. Probably without realising it, she even supports a core element of the Green's last election campaign.

Clifton rightly blames both National and Labour Governments for turning a blind eye to the failure of the Bradford model because they were, "...only too happy to hook out strapping dividends from the companies, effectively an extra tax on power consumers". She goes on to describe National's current stance as, "...trying, straight-facedly, to argue that New Zealanders haven't been overcharged. If you were to inspect their hands you'd find incipient arthritis of the knuckles from all the behind the back finger crossing"

There has been no incentive within the system to encourage competitive pricing, "For twenty years, the pricing mechanism has been based on a spot market, which enshrines not the cheapest but the most expensively generated electricity at any given time". It is because of this fact that both Labour and the Greens independently came up with the same solution to enable consumers to purchase the cheapest generated electricity instead.

National and Labour's past attempts to introduce greater competition by opening up the industry to more private companies has ignored the fact that the demand for electricity has not been increasing and ongoing profits can't be based on growing demand. The outsourcing of much of our manufacturing and our high dollar may even contribute to a drop in demand. Hanging above of all of this is the potential demise of the Tiwai aluminium smelter and the sudden influx of supply that this would cause.

The argument, that we need to put aside considerable sums to fund new generation schemes, just isn't logical as any future increase in demand could probably be managed for some time by just increasing efficiencies. It is not in the best interests of any power company, new or existing, to challenge the current pricing system.  Again to quote Clifton, "There could hardly be a clearer market signal for cheaper power, yet no one, be they friend or foe of the current system, is predicting a price decrease or even a levelling-off anytime soon".

Where I do disagree with Clifton is her assertion that, "Few of us can generate our own power...". There was a time when many communities were actually self sufficient and provided cheap power to themselves,  Dunedin was a good example. Also, around the world people are able to generate their own electricity and pour the surplus into the national grid for profit or credit. The only reason that this is not happening in New Zealand is because power companies' profits are currently determined by our dependence, not our independence, when there is an abundant supply. Under this regime there are no incentives to save electricity or be more efficient either.

Clifton does warn both Government and the Opposition to be careful of potentially damaging rhetoric in the power debate but calls National's approach "histrionics" and explains, "...it's not Albanian to restore the national grid to the status of a public utility. Our electricty system is an irreducible natural monopoly and it's fair to say that we've had 20 years to prove to ourselves that we can't figure out how to make it anything else."

Surprisingly Clifton referred to the Greens' view that, rather than selling off our power companies to generate greater income, we could actually use their expertise and human resources to expand into other related businesses, "Their real growth potential lies overseas, where their expertise in areas like geothermal development could be making us useful foreign exchange". Clifton rightly castigates the Government for flawed economic thinking, "Yet the Government's plan was not to optimize this growth potential by reinvesting float money in the companies, or to even retire debt, but to spend it on schools and hospitals. This is pure politics and almost nothing to do with sound business or economic strategy."

While Clifton is still reluctant to acknowledge the Green Party, or our policies, she has written something that strongly supports our case. To continue supporting the market model in the hope that they will eventually start dropping prices is possible, according to Clifton, "but only after they patented electrically rechargeable jet packs for the pork industry".