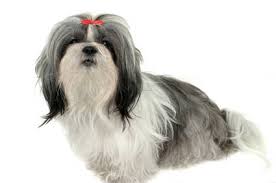 Blogger Ele Ludemann has expressed concern at the opposition from the "left-wing sisterhood" to the recent appointments of Dame Susan Devoy and National MP Dr Jackie Blue to important commissioner roles. In her post, So much for supporting women, she states: "These women can't see past their left-wing bias to celebrate the success of another woman."

I am a male teacher in a profession dominated by women and even though I would like to have more male colleagues, it is actually the ability of the teacher to do the job rather than gender that is most important. While I still desperately want to see greater gender balance in our profession, because it will deliver greater quality to our system, all teachers still need to be good teachers. We need to attract more able men into teaching by making it a more attractive profession rather than just giving preference to male applicants who want to train.

In the case of Dame Susan and Dr Jackie Blue, while both are women, neither of them have particular qualifications or a proven history in the areas where they will now have a leadership role. Susan Devoy has made public statements that demonstrates an ignorance of our Treaty history and has upset groups that she will need to work with in a constructive manner. She has not got a strong record of diplomacy when managing difficult situations.

Dr Jackie Blue is respected for her work in the health sector but she has a limited experience in industrial matters and the broader aspects of human rights. She has voted in support of legislation that has eroded the status of women and her Government has overseen the levels of female participation in leadership roles in our country drop considerably.

In appointing Dr Blue to this role it has also removed another woman from the male dominant National Party caucus (her replacement will most likely be a male). National will now have 14 female MPs compared to 60 male MPs, over four times as many men than women. One would have to wonder why the party doesn't attract strong female candidates.

Labour has the about the same number of female MPs despite having almost half the total number of MPs, while the Greens have more females than males and New Zealand First has a 50% split.

Most Governments make appointments that will support their interests and philosophical approach, but they generally ensure their appointees have a reasonable degree of competence and intellectual independence. We now have a Speaker who is barely managing the role and is blatantly favouring the Government, a race relations commissioner who has a limited race relations background and is unlikely to question racially divisive policy and an  equal opportunities commissioner who has supported legislation that has negatively discriminated against women and minority groups.

With report after report showing that this Government ignores proper process we are now seeing important public watchdogs being reduced to lapdogs.