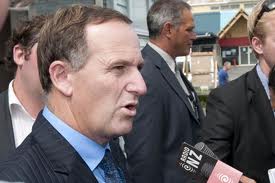 Prime Minister John Key is nothing more than a suit wearing Don Quixote fighting against imagined threats and enemies. He paints a dire picture of security threats in New Zealand involving the construction of weapons of mass destruction, cyber attacks and espionage. Consequently he wants to give the GCSB the legal capacity to spy on New Zealand citizens and residents. I claim to have no detailed knowledge of the day to day business of our spy agencies, nor the real value of the work that they are involved with, but I do feel that there is enough evidence to cast doubt on giving further powers to a such dysfunctional institutions (if we accept the findings of the Ketteridge report).

John Key himself operates in a business and political world where the end justifies the means and good process is something you only have to do when people are watching. It is a world where there is corporate jostling for increased market shares and governments scrambling for positions of influence through their relationships with larger powers. I am sure that Key's large diplomatic protection squad is more about creating an inflated sense of importance than providing personal security (the only incident that we have been made aware of involved a mentally unstable man who made some random death threats).

I think the Prime Minister's reference to weapons of mass destruction (WMD) should be regarded in the context of how the term was used by both the British and US Governments to justify the invasion of Iraq and the wider "War on Terror". The threat actually didn't exist but it allowed the setting aside of basic human rights so that certain nations could advance their military and commercial interests. If you read between the lines the real reason behind the need for spying in New Zealand is more about protecting commercial interests than a military threat. It is probably also about larger corporate interests than supporting local small and medium sized businesses.

I can think of two examples of what would probably encompass some of the SIS and GCSB activity in New Zealand. The most obvious is the Kim Dotcom affair that involved the interests of the hugely powerful US film industry. Kim Dotcom's file sharing business was probably not illegal and it has been revealed that he was actually cooperating with authorities in uncovering the misuse of his Megaupload site. Even though the American film industry is extremely profitable, they were still determined to ensure that all income streams were protected. For New Zealand to cooperate in dealing with Kim Dotcom was obviously seen as another way of ensuring Hollywood's support for our own film industry. The rights of Dotcom as a resident were considered insignificant compared to the financial implications of his activities. 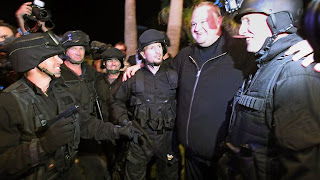 The second example is related to myself and my involvement with Coal Action Network Aotearoa and our local group Coal Action Murihiku.  It has recently been revealed that Solid Energy spent $205,053 on security advice and much of that would have been related to activities that I was directly involved with. Solid Energy refused to talk with any of us directly about our objections to their planned lignite  developments and employed Thompson and Clark to investigate and monitor our activities instead. We have run two festivals and education forums in the Southland region and both times it was obvious that were were being spied on. Our personal vehicles were often followed and a security company linked to Thompson and Clark (ProVision) were flown into Southland to protect the existing mine and briquetting plant. None of our local members have a history of radical activism and the lengths Solid Energy went to, in protecting their assets, seemed extravagant. Surely a local security firm would have sufficed, especially when the company was trying to convince the local community that they wanted to create employment opportunities in the area. 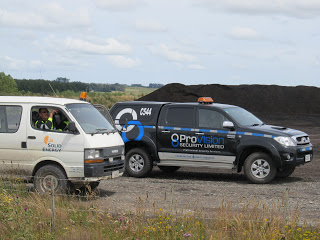 It does appear that there is a growing culture that sees the rights of business as trumping the rights of ordinary citizens. To question or protest against the social and environmental consequences of business activity (especially when it is related to the extraction of fossil fuels) is being increasingly seen as illegal and legislation to support that end is being progressed. Much of our internal spying and state supported subterfuge has targeted environmentalists and Nicky Hager & Bob Burton documented the extent that this occurred in the past in their 1999 book Secrets and Lies. Despite the passage of time, the behaviour of the SOE, Solid Energy, seems no different from the state owned forest industry in the 90s.

There has always been a greater focus on internal security than threats from offshore and this became evident when it was revealed that the SIS spent 51 years spying on Keith Locke (from when he was 11 years old) and still kept his file alive when he was an MP. While our spies were concentrating on ideologically based internal threats they completely missed the infiltration of the French spies that led to the bombing of the Rainbow Warrior. It was the New Zealand Police that discovered the existence of the spies, not the SIS.

Both the Tuhoe raids and the arrest of Kim Dotcom revealed that while we have well trained armed offender and anti terror squads, they are underemployed. We are a small, relatively peaceful nation and real terrorist activity is unlikely to occur. Consequently when there is even a whiff of terrorism these squads are released so that they can justify their existence and put their training into action. In reality Tame Iti's activities could have been sorted by a phone call (as he suggested) and Kim Dotcom could have been arrested (if it were legal) by the local policeman who had a cup of tea with him the previous day.  There is a danger that without the proper oversight of the operations of our spy agencies and specialist police squads then similar situations may actually become more common. In a country the size of New Zealand, with low levels of corruption, we should be able to settle most of our differences using open communication and proper consultation before needing to bug people and fly in with armed squads in flak jackets. Most nations that commonly resort to this sort of behaviour tend to have authoritarian or totalitarian regimes. 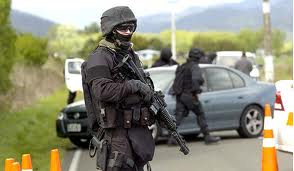 The Greens and Labour are correct in asking for an independent inquiry into the work and purposes of our spy agencies. If the people of New Zealand are to allow themselves to be spied on, it is important that there is some transparency around the purposes of any espionage and to re-establish our individual rights as citizens. Will any future spying be about defending New Zealanders from potential terrorist attacks and defending our trading interests or will it be about supporting corporate profits? Also who will provide oversight of these agencies and what real powers will they have to manage them? New Zealanders need to know what our national security really involves and feel comfortable with how that security is managed.