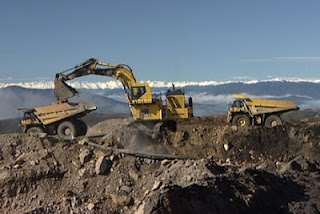 The Prime Minister and his Government have little care for our environment and generally see environmental considerations as unnecessary impediments to economic activity. The virtual dismantling of the ETS to something that is almost inconsequential and the refusal to continue measuring the state of our natural environment says much about any concerns regarding the sustainability of Government policies or the negative impacts they may have. Our clean green, 100% pure image need only be retained as a useful facade or advertising gimmick.

These are direct quotes from the PM regarding the proposed mining of the Denniston Plateau:

"The Denniston Plateau has got a lot of potential from a mining perspective and is relatively low in conservation, ah, land, in parts. I mean there are parts that are important and, ah, parts that are pretty low."

"Look the bottom line is that there is well over a thousand jobs there, there is a lot of coal that can be taken out...given, you know, the remoteness of it and all those things, its a good thing."

"Eer...I do (believe in global warming), ahh, but I'm prepared to except, actually Oxford, doesn't Oxford University that came out this week and said that its slowing or cooling slightly...(indecipherable mumble)."