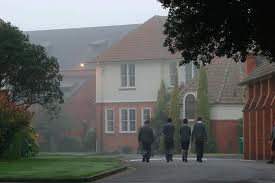 Support for private schools while special schools are closed

Education Minister Hekia Parata has announced that she will be cutting under-performing programmes.

We should look at this announcement in light of the fact that the cost of implementing Novopay has blown out to over $100 million, with at least $12.7 million being spent just to fix the problems. Additional to this, and perhaps more significantly, the cost of repairing leaky schools (built after an earlier National Government weakened building regulations) has been recently estimated at $1.3 billion.

The Government is determined to balance the books and is having to make up the difference by cutting funding and programmes that actually make a positive difference for our children. Their attempt to increase class sizes, so that they could cut teacher numbers, was soundly rejected. The Government may be able to gut DoCs staff by 15%, but it is easier to see how less teachers will have a negative impact.

This Government has already cut funding to the Ministry of Education by $25 million, supposedly to "improve frontline services", but we immediately saw a reduced service from Special Education staff. Our Resource Teachers for Learning and Behaviour (RTLBs) have had to take on an extra load and fewer children are now getting support.

Parata has not explained the criteria being used to determine underperformance, but she has already cut Te Kotahitanga, a successful programme that has enabled huge improvements in achievement from Maori and Pasifika students. It appears that it wasn't the success of the programme that caused it to be wiped, but because it required extra staffing. While the Government says that their priority is lifting the achievement of Maori and Pasifika students, they aren't prepared to provide the money to do it effectively. Learning Media, the Government owned publisher of education resources (that produces the School Journal), is also thought to be under threat.

It is rather ironic that the Government had no hesitation in spending $3.9 million to save Wanganui Collegiate, a private school (with twice the staff of an equivalent public school), against Ministry advice. It has already given private schools $35 million in extra funding in their first term. No such generosity has been shown to Nelson's Sulisbury Special School or the embattled Christchurch schools. It is clear that those who have the greatest need must also make the largest sacrifices when money is short.