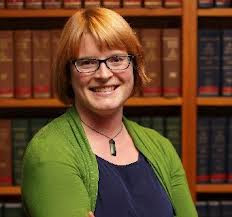 Today we witnessed yet another deliberate and orchestrated attack on the democratic process. The Housing Accords and Special Housing Areas Bill is yet another piece of legislation that will enable central government to overrule local democracy and will allow the granting of building consents (most likely to developer mates) without the agreement of local councils. It is such a blatantly undemocratic piece of legislation that the Government wanted to limit scrutiny and fast track it into law. Holly Walker risked expulsion from the house when she determinedly attempted to expose the true nature of the Government's behaviour.

Walker asked a straightforward question to Sam Lotu-Iiga, the Chairperson of the Social Services committee, to try and establish what guided his decision to close submissions early, but was blocked by the Speaker. After much questioning of the Speaker's ruling, using reference to standing orders (and getting the support of other MPs), Carter finally relented and allowed the question to be asked several times before a clear answer was received.

Lotu-Iiga desperately tried to justify why he had taken a unilateral decision, to limit the time allowed for making submissions to a mere 10 working days. Further questions revealed that no attempt was made to contact key stakeholders to gain their input. Scrutiny of the bill by those who would be most affected had not been encouraged.

Walker then attempted to get an indication of the numbers of submissions received to date. Despite this being a direct question, Lotu-Iiga was not prepared to put a figure on it (despite having ample time to find out) and was supported in not answering by the speaker. It was obvious that few submissions had been received.

Walker then asked whether Lotu-Iiga would be prepared to extend the time period for submissions to allow for greater public involvement and was told that this would be a committee decision. I would hazard a guess that the committee will be dominated by National MPs and there would be majority support for the chair's decision, as it is in keeping with the process National has followed elsewhere.

Lotu-Iiga did look uncomfortable while questioned by a resolute Walker, but the process looks as though it will be allowed to continue with little media scrutiny. It is easy to imagine the laughter in National's caucus meeting as Key's cabal celebrate yet another victory over our democracy. The debris of the Denniston Plateau celebration has barely been cleared away.