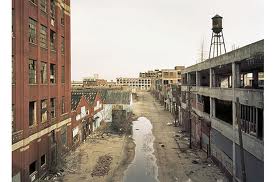 For John Key to call Wellington a "dying city" at a business meeting and then admit he didn't know what to do about it is worrying (Russel Norman calls it his "Mitt Romney moment"). There are three questions one feels compelled to ask:

If we compare Wellington to the likes of Detroit then our city is hardly dying, contracting slightly perhaps, but I don't think anyone visiting Wellington will hear an audible death rattle. The streets are busy, cafes are largely full, cultural and sporting events are still happening and there are times when it is difficult to get a hotel room.

The fact that Key could only think of the Government, Victoria University and Weta Workshops that significantly support the Wellington economy reveals his bias for big business. Small and medium sized businesses actually employ 31% of our workforce, generate 40% of value added production and make up 97% of all enterprises. Wellington has a wealth of SMEs, even if many head offices of banks and corporates have moved north.

The austerity measures and taking a heavy knife to the public sector has to have contributed to the  7.3% unemployment rate in Wellington and will resonate on the city for sometime into the future.

When Key struggles to come up with ideas to reverse the situation it again reveals that the solutions he has supported to date are all about relying on large, one off deals, with the likes of Hollywood, oil companies, Sky City or selling off state assets. The vibrancy and value of Wellington's cultural scene and the number of SMEs in the region probably do not feature on his radar. There is possibly a degree of annoyance from the Government, as well, that their controversial transport initiatives (Transmission Gully, Basin Reserve Flyover) are not being met with widespread support. 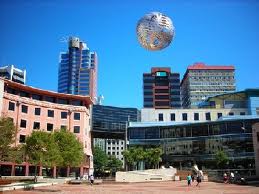