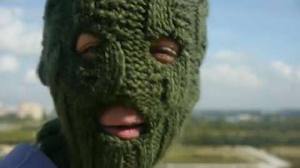 A letter in the Southland Times reflected what I hear a number of people saying, but it was so extreme that I wondered if it was intended as satire.  I wrote a reply anyway.

Following the comments about lead shot, it is obvious that many of your readers are unaware of the politics involved in the matter.

What has happened over the past 10 to 15 years is that the Greenies have slowly but surely infiltrated organisations such as the Department of Conservation, Forest and Bird, and Fish and Game.

It has come to the stage now where they run the whole show.They have done it fairly and squarely, all legal and above board.

However, the Government has now realised what is going on and has placed Dr Nick Smith in charge of the situation. He is a very intelligent and capable man, is working his way through and will put the situation right. He has culled some of the problematic areas, but still has to slash his way through a fair bit more to get it right.

I was highly entertained by C Williams' letter (April 10) regarding "Greenies" infiltrating DoC, Forest and Bird and Fish and Game to stop people from using lead shot. I tried to think about who these people actually were and had difficulty distinguishing them from health officials, conservationists, environmentalists or scientists. I also wondered if they were the "watermelons" I often hear about, this group who pretend to be green but are really secret communists who plan to destroy our economy.

I guess, as C Williams states, the only way to deal with this threat is to get rid of as many people who could be Greenies as possible and remove their power. That would explain the hundreds of people sacked from DoC and other departments and the many changes to legislation related to environmental protection.

My only concern about these drastic efforts to get rid of this nasty (but obviously mythical) group is that it may have some unintended consequences...our natural environments actually aren't looking too good.

JayWontdart said…
Great letter Dave, although they let some real nutters push their agenda in those Letter sections! :-)
April 10, 2013 at 4:29 PM

robertguyton said…
Your comment on Homepaddock is a very good one, Dave. No doubt Ele will swing in with her wees-warm Nat-wash (it's blue! It stings a little but it's GOOD for you blink, blink!)

Armchair Critic said…
That was a good comment, Dave. Did you spot the other flaw in the logic? I might head over to homepaddock and see if I can point it out, succinctly.
April 11, 2013 at 8:58 PM

bsprout said…
I hope you do, Armchair, we have to change this flawed thinking and the mindless support for this detached Government.
April 11, 2013 at 10:21 PM