Showing posts from August, 2016
Show all

Invercargill has a housing crisis too! 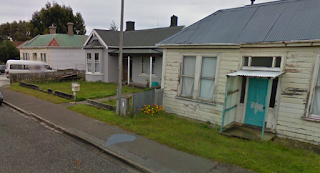 Last month I helped organise a housing forum in Invercargill as a member of the Invercargill Social Housing Action committee. My role was to try and organise representatives of the government agencies, that had responsibilities for social housing, to attend and to obtain the latest data on social housing in the city. This turned out to be a difficult task as there are no publicly available telephone numbers for the local managers (both of whom are based in Dunedin). I tried ringing Housing New Zealand's 0800 number and after a couple of attempts (waiting 5-10 minutes and being told all lines were busy through high demand) I realised that instant service is not a feature of the 'corporation'. I resorted to trying a back door method by ringing a number that was well promoted on the site for the public to use if they suspected state housing fraud ( or dob in a tenant ). I got an instant response, but this service had been contracted out and had no direct link to HNZ. An
1 comment
Read more
More posts