Showing posts from August, 2019
Show all

The winter grazing issue is becoming a highly-sensitised one that I hope will not become so politicised that it delays solutions and results in the suicides of some very stressed farmers. Winter grazing has hit the headlines after a  determined campaign, including the release of a video  of some very common scenes around the country at this time of year. It recorded many examples of poorly managed grazing causing discomfort and stress to stock and graphically demonstrating the environmental degradation that this method causes. The campaign helped to motivate the Agriculture Minister Damien O'Connor into announcing the formation of a task force to respond to the issues around the practice. There has been some politically questionable responses to the campaign and the Minister's announcement and most especially from Clutha Southland MP Hamish Walker. He described the taskforce as "more money down the drain" and unfortunately related the conditions of  winter
Post a Comment
Read more 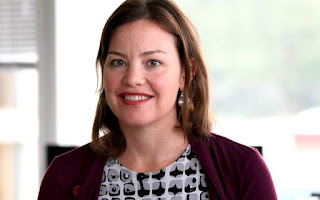 The Green Part has been accused of lack of transparency in two recent situations. The first was the claimed media lockdown during Green's annual conference and the second was Julie Ann Genter's refusal to release a letter she had sent to Phil Twyford. I do get frustrated when journalist's succumb to emotive reporting and do not apply due diligence to ensure balance and logic. The majority of the 2019 conference was dominated by the Party's Annual General Meeting, this involved some substantial remits and election of officers, including all leadership positions. I have attended Green Party AGM's for the last fourteen years and can't remember one that allowed a media presence. This was not an unprecedented "lock down" but standard practice, as it is for many other organisations that enforce member only restrictions. James Shaw's concerns about balanced reporting of our conferences are completely valid from my experience. I have noted that
11 comments
Read more
More posts