Showing posts from May, 2019
Show all

The Teacher Strikes and the Fiscal Cap 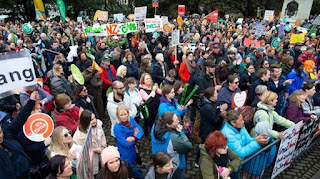 The teacher strike has a back story that should not be dismissed or ignored. This is much more than two of our larger unions (NZEI and PPTA) flexing their collective muscles just to get a pay rise. As a retired teacher and past member of NZEI's Executive I know how much it takes to push our teachers into strike action, in its 136 year history this has occurred only a handful of times. I recently left teaching myself after over 30 years of service in a range of roles that included special needs and five years as a deputy principal. Lack of resourcing, little government recognition, very long hours (60-70 per week) and stress caused me to pursue political solutions. The steady decay of our world-leading public education system began with the neoliberal Tomorrow's Schools model and culminated with relentless attacks from the last National Government. I listed much that has been inflicted on our education system over the past decade in this widely viewed and circulated  blog
1 comment
Read more 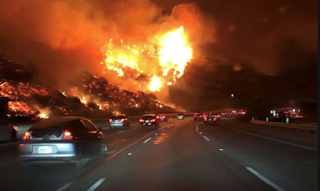 (fire, California) Some time ago Jeanette Fitzsimons described our action on climate change like a car driving rapidly to a precipice while the occupants argue about whether they should maybe change down a gear. If we are to continue with this analogy I would say that the cliff edge is now very visible, the car is still in top gear and we have only a slight chance of stopping in time if we hit the brakes now. 350.org named itself after the parts per million of carbon in the atmosphere that was considered a safe level. At the time the organisation was formed in 2008 that level had not been reached, but five years later we passed 400 ppm . It's not as though we haven't had ample warning, there has been scientific consensus for decades and even Margaret Thatcher was making speeches on climate change thirty years ago. The evidence of rapid climate change is constantly in our faces. We are globally experiencing extreme weather events on a far more regular basis and t he
2 comments
Read more
More posts