When is Civil Disobedience Justified? 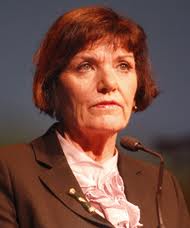 The introduction of National Standards into our schools was a shock to the teaching profession. We had developed a professional culture where an evidence base and an inquiry approach determines our practice. Our curriculum was developed using a co-construction process between the Ministry of Education and practicing teachers over a period of five years. The Ministry also produced a series of Best Evidence Synthesis (BES) publications where different areas of professional practice were defined and analysed based on existing research.

To suddenly have an assessment system forced on us that was politically driven, had no research base and did not fit with anything else we were working with was a real shock. The initial reaction from the profession was to look at what was being introduced to see if it was actually fit for the stated purpose (raising the academic achievement of our struggling children). Our leading educationalists and academics studied what was being proposed and unanimously rejected them.

A open letter expressing serious concerns from four academics, including John Hattie (the Government's main education advisor) was ignored and a report expressing concerns from the parliamentary library was dismissed and removed . A petition with around 40,000 signatories asking for a trial before implementation was also ignored and the Standards were legislated into law.

The Minister, Anne Tolley, refused to address the flaws in the standards and was only interested in discussing issues around implementation. She claimed on numerous occasions that the Government had a mandate to introduce the Standards and as they are now law all teachers (as servants of the state) are bound to obey . Rather than a trial using a small number of schools the Government has decided to spend $26 million to implement it across all schools in a three year "bedding down" period. When at least 80% of our children were doing well academically, and wouldn't benefit greatly from the Standards, many felt that the money would be better spent targeting those children who needed the extra support and were easily identified using existing norm referenced assessments.

The National Standards have taken considerable time for many schools to implement in any marginally meaningful way and most teachers, principals and school communities are struggling to see how the Standards will add value to what their schools were already doing. There are huge professional and ethical concerns for teachers when they are compelled to rate children below or above an arbitrary standard that has no professional basis. The introduction of the standards has effectively shifted time and energy from implementing our internationally regarded curriculum to spending time on an initiative that many teachers believe will deliver no benefit to their children.

For school communities to align their learning targets to the National Standards, with the knowledge that to give effect to those targets would have a detrimental consequences for their children, created a professional and ethical dilemma. They were left with two choices either follow a legal requirement and then just pretend to follow through, or make a stand and refuse to comply.

A refusal to comply has to be supported by a school's board of trustees who operate in the best interests of their school communities. It is a brave decision when the Minister has threatened to sack noncompliant boards and replace them with statutory managers and withhold professional development and ministry resources. The fact that at least a quarter of all schools have taken this extreme step is a telling indictment on the true nature of the standards.

Primary teachers are not a particularly strident group. The New Zealand Educational Institute started life in 1883 as a professional institute and only became a union when it began to represent teachers in agreement negotiations many years later. I think there have been only two times in the 128 year history of the institute that it has reluctantly gone on strike to progress a claim. It takes exceptional circumstances for primary teachers to put their neck out to make a stand and to break the law on a point of principle has been unheard of until now.

The process of introducing the National Standards has been hugely frustrating for teachers who regard their profession as one that should have similar professional autonomy to that of doctors, where the onus of duty is to those in their care. After being dictated to by a Minister who ignores all professional advice, sees no point in consultation and any attempt to reach any form of compromise has been dismissed out of hand, the only course of action left is civil disobedience.

robertguyton said…
That's a brilliant description of the state of matters in schools Dave, and the disconnect from reality that Tolley suffers. I'll borrow bits, if I may, and link any readers I have back here.
Well done.
August 18, 2011 at 6:59 AM

Anonymous said…
Dave
Many Thanks for your continued understanding on this incredibly important issue! Never before has the education sector faced such a challenge to the integrity of the essence of what solid researched pedagogy states as best practice!
Minster Tolley has been the messenger of a policy that was doomed from start to finish!
The NZC is lost in a sea of accountability, high stakes. OTJ, moderation, plain language reporting??? What ever all this is? It has nothing NATIONAL about it.
The sector has lost all ground in the past two years fighting a brain dead policy that has no place in our country!
Education and educators want accountability and continuous improvement!
Parents and students want and deserve best practice, honesty and clarity around what their child needs to progress.
Standards in education are essential, National standards have no place, shared understanding or real impetus in the sector...
This is a monumental disaster and will impact on our nations success in OECD ratings...
Keep the good fight going!!!
August 18, 2011 at 8:55 PM

bsprout said…
Thanks for your supporting comment. I am hoping that education will be a key issue for this year's election and that the public at large will realize what is being lost and what will be potentially lost under a National Government.
August 18, 2011 at 11:04 PM