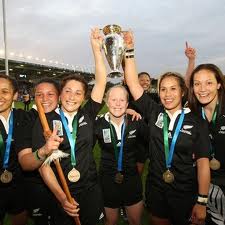 I caught the end of an interview with Katherine Ryan on Nine to Noon this morning with Richard Boock. Richard was describing his concern at the sexist approach of Otago Rugby in dealing with their constrained   financial situation. The Otago Union has cut support to the Otago women's representative team while maintaining support to all men's rugby. While women's rugby doesn't receive the same recognition as the male version, women are hardly deserving of this treatment and the Black Ferns have a better international record than the All Blacks, having won four consecutive world cups.

It appears that when men dominate leadership positions, and there are economic constraints, it is more likely to be women who suffer from any austerity measures. One of the first things that the National Government wiped on gaining power was the pay equity investigation and then they disestablished the Pay and Employment Equity Unit.

It is also noticeable that jobs and spending that are generally related to women get hit the hardest, we see the DPB being hit harder than other benefits and Early Childhood Education gets drastically cut. Women tend to dominate in the lowest paid jobs and this is largely because the caring roles they often do are not given the same value as male dominated jobs, despite the levels of skill and responsibility that may be involved.

The stereo typical male spends more on their "toys" than their family (I am probably also guilty of this) and our male dominated government makes sure our America's Cup contender is well supported but hasn't enough money to extend parental leave provisions.

It isn't often that I find myself agreeing with a National Party politician, both past or present, but I did find myself grudgingly agreeing with ex National Prime Minister, Dame Jenny Shipley. She questioned the value that the Employers and Manufacturers Association (EMA) placed on women in leadership roles, especially after the surprisingly archaic and chauvinistic views expressed by their past head, Alasdair Thompson.

Dame Jenny is is currently the chair of Global Women, an organisation that actively promotes women for leadership roles, and they have some very convincing statistics to support their cause. Internationally 51% of university graduates are women and they represent over 47% of the New Zealand workforce. The levels of representation of women in leadership roles are low and dropping. Only 19% of NZ women are in CEO/MD roles, down from 22% in 2006 and only 8.65% of Board of Director positions are held by women. In 2004 New Zealand ranked 4th in the world for female representation in business management and now we have dropped six places to 10th.

The reduction in female influence in business leadership roles is short sighted, especially in light of a McKinsey report that found companies that had strong representation of women at a senior level and diverse management teams had a 35.1% higher return on equity. Generally speaking men are inclined to take more risks while women are more likely to be risk averse, having a balanced approach and a mix of skills would logically lead to more robust decisions. It's hard to ignore the fact that all the directors of the collapsed investment companies are male. 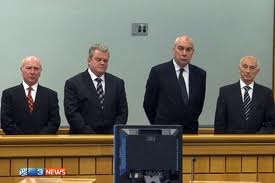 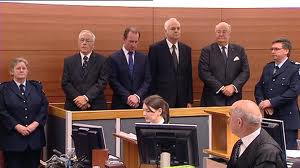 Our current National led Government lacks gender balance and there were only three women in the top fifteen of their Party list. The current governance approach reeks of the "old boy's club" culture, but instead of smoky Victorian clubrooms, deals are done in expensive resorts, casinos or the golf course. The most obvious example of this is the appalling Sky City deal.

While this post is very pro female I am not advocating for the dominance of women, especially when I work in primary education and find the lack of males is a real concern. I am writing this post because generally speaking it is women who suffer higher levels of discrimination and inequity then men, what we need is greater balance. The Green Party has 8 female MPs out of a total of 14 while National's eighth female, Nikki Kay, was 33rd on their list. At all levels of the Geen Party we encourage gender balance and male and female co-leadership and, judging by our current success, it works.

Unknown said…
More female dominance would be better for awhile to catch up...a bit of affirmative action required I think.