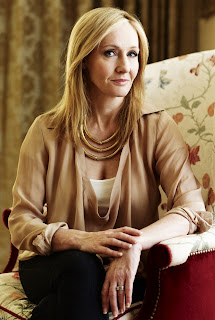 Harry Potter writer, J K Rowling, reveals that persecution and discrimination against solo mothers isn't just a New Zealand issue. In an article for Gingerbread, a charity that provides support for single parents, she makes the following observations on her own experience in the UK:

"Although I have been married for much of my adult life, I have the greatest of respect for single parents. Raising children can be a challenge with a partner on hand to share the load – doing so solo, while also having to find or hold down a job, keep a roof over all your heads and put food on the table is a real achievement and one of which every single parent can be proud."

"Single parents – especially single mothers – have so frequently been the targets of suspicion and soundbite. The sofa-bound single mother in pursuit of housing benefit is a tabloid stereotype but one that bears little resemblance to the lives of most real life single mothers, comparatively few of whom actually chose their situation. One of the surest routes into single parenthood, after all, is divorce."

"My overriding memory of that time is the slowly evaporating sense of self-esteem, not because I was filing or typing – there was dignity in earning money, however I was doing it – but because it was slowly dawning on me that I was now defined, in the eyes of many, by something I had never chosen.  I was a Single Parent, and a Single Parent On Benefits to boot."

"According to a Gingerbread survey in 2011, 87% of single parents think there is a stigma around single parenthood that needs to be challenged and one in three say that they have personally experienced it.  I find the language of ‘skivers versus strivers’ particularly offensive when it comes to single parents, who are already working around the clock to care for their children.  Such rhetoric drains confidence and self-esteem from those who desperately want, as I did, to get back into the job market."

Interestingly Rowling views her efforts as a parent as her proudest achievement and she comes out strongly against the British Government's welfare reforms and their "skivers versus strivers rhetoric". She accuses ministers of having no idea of what it is like for those on benefits or low wages and describes "a disconnect" between decision makers and those on the receiving end.

New Zealand is ranked below the UK for child well being (we are 25th out of 34 developed countries) and the level of priority we give to the care of children is seen in the low status and pay of those who look after them. What Rowling has written is probably more pertinent to our situation and our Government needs to heed her concluding sentence:

"Government has the potential to change the lives, not just of single parents, but of a generation of children whose ambition and potential must not be allowed to dissipate in poverty."

bsprout said…
It also stands for: