Silica, not Lignite Should be Southland's Future 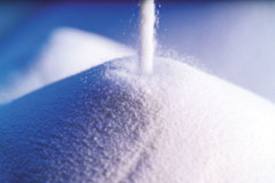 Southland is pasture rich and mineral rich and we have choices in how we manage these resources for the long term benefits of the region.

This Government has clearly stated that fossil fuels will support the immediate future of this country and Solid Energy has plans for to convert fertile pasture into open cast lignite mines. Solid Energy and the Government claim we need the urea and diesel that can be extracted from the lignite even though the production process and use of these products will be hugely polluting. Lignite is the worst source of diesel and our rivers do not need more urea pouring into them.

The loss of pasture land to the huge open cast mines that will be created ignores the long term future of the southland region. Once the lignite is extracted there are no plans to restore the land for farming but create a series of "recreational lakes". With huge regions of the world's farmland becoming saline infused deserts, through poor water management and over intensification, fertile food producing land will be worth more than gold. For us to destroy the longterm future of our farmland, for a short term gain, is shortsighted and stealing from our children's future.

While the National Government is obsessed with fossil fuel they have ignored the huge and growing alternative energy industry. There has been a growth in the solar energy sector alone of over 120%, this is a growth industry with a real future and Southland is poised to be part of this. We do have heaps of lignite but we also have heaps of high quality silica, which is a an important component in solar panels. Unlike lignite, the silica is not found under our most fertile farmland, it doesn't release dangerous carbon into the atmosphere and it has huge potential in growing jobs.

Solid Energy has predicted that there may be 300 jobs produced from a local lignite industry, yet there is potential for 3,000 jobs developed out of silica if we decide to smelt and process it within the Southland region. While the lignite jobs are largely lower qualified positions the silica industry would require a range of skills and qualifications and a larger proportion of the jobs will need to be higher qualified ones.

I know what choices I would be making now and it doesn't involve lignite!

bsprout said…
Good question, Anonymous, I may have been a little presumptuous as there are health concerns with silica as well. I am talking to the person most involved with promoting the development of silica tomorrow and will do some fact finding before I promote this idea further. If the government is bent on mining and silica supports more sustainable energy production (especially compared with lignite) then I need to make sure that the benefits outweigh the downsides. Watch this space.
October 12, 2011 at 12:15 AM

bsprout said…
I have discovered that the mining sites for silica would be in existing gravel pits and land that is currently in scrub or forestry. Silica mining is on a much smaller scale than lignite mining and the land can be easily restored, whereas lignite will leave huge holes. The Seimens process: http://www.nitolsolar.com/entechnologies/
is widely used in Germany and is a very clean process with few health concerns. The amount of power necessary could easily be accommodated through existing developments in renewable power production.
October 12, 2011 at 5:27 PM

Anonymous said…
Do you really think the guy promoting the mining is the right source of facts? Research then speak that way you are worth listening to.

What about the health concerns over the silica dust on lungs? Small scale for a start?

Where are your policies? You only seem to attack nationals maybe start a post with something that is not a complaint but a good idea!
October 12, 2011 at 11:12 PM

bsprout said…
My source of information is Venture Southland, an independent organisation that has no financial interests in this going ahead. Venture Southland have produced an excellent energy strategy for our province that is better balanced and researched than our national government's one and it has become a model for other provinces.

Apparently Germany have perfected the processing of silica to the point that it is very safe.