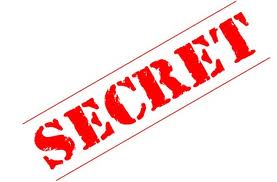 I have learned through experience that often when information is withheld because of commercial sensitivities it is generally because of other reasons. I have already expressed concerns about the secret TPP negotiations and the potential threat to Pharmac due to the intense lobbying by pharmaceutical companies.

Unless National is more open about what they are prepared to trade off in the negotiations we will be voting blind, this is too an important issue to leave to a party thats is prepared to sell our state assets for a quick buck, we need some assurance that they can be tough when act in our interests! The US and other countries party to this agreement have been more open about the terms and yet we have a void of information ourselves except for a leaked document that gives great cause for concern.

Pharmac is the envy of the United States people who are often financially crippled by their drug bills and it looks as if we will soon be suffering from a similar situation.

Russel Norman has some strong words for John Key and I'm sure voters need some answers before voting on the 26th:

Key must come clean about TPP and Pharmac before election
John Key needs to be absolutely clear with the New Zealand public before the election about whether he would trade off Pharmac in the interest of signing the Trans-Pacific Partnership, Green Party Co-leader Dr Russel Norman said today.
Three United States-proposed texts from the Trans-Pacific Partnership free trade negotiations were leaked over the weekend. These texts - which normally would have been withheld from the public for four years - would negatively impact on New Zealand's drug buying agency Pharmac if adopted.
"Pharmac is seen by United States drug companies as a threat," said Dr Norman.
"Pharmac's buying power and use of cheaper generic drugs assists New Zealanders get affordable access to life saving medicines.
The US proposals would open up Pharmac's decision making to litigation from United States patent attorneys, and it would extend the life of drug patents, restricting Pharmac's ability to use cheaper generics.
"Signing an agreement in secret that would weaken Pharmac is not in our long term interests," said Dr Norman.
"The Trans-Pacific Partnership could impact on New Zealanders' ability to receive medicine and severely affect our already stretched health budget.
"Signing up to the Trans-Pacific Partnership will have far reaching effects on our abilities to make laws and regulations.
"This is no ordinary trade deal. It is less about getting market access for our products and more about giving new rights to foreign companies that will undermine good Kiwi initiatives like Pharmac.
"New Zealanders should be thankful that someone with a conscience has leaked these negotiating papers," said Dr Norman.
"Otherwise the New Zealand public would have had to wait four years to find out what our Government was willing to sacrifice for the Trans-Pacific Partnership agreement."

Robert Winter said…
Being kept firmly under wraps until after the election because there are so many fish-hooks. On the other hand, the US has an agenda than many participants can't stomach and there has to be a possibility of it falling over.
October 25, 2011 at 11:30 PM

bsprout said…
Quite agree, Robert. For many New Zealanders voting will be like fly fishing while blind. Lots of flailing around in the dark, resulting in fish hooks catching us in sensitive places and being very difficult to detach.
October 26, 2011 at 12:46 AM

Robert Winter said…
Not if you bring the rod back firmly, but not too fast, to 5 minutes to, then let the line and cast extend, working the rod as they do, before bringing the rod to five minutes past briskly, yet not too fast, to allow the fly to fall like thistledown in front of the unsuspecting trout.
October 26, 2011 at 7:12 AM

bsprout said…
Easy thing to say if you're sighted and you can actually cast into a river, but if blind the fly is more likely to land on a road of "National" significance and get run over by a milk tanker!
October 26, 2011 at 4:41 PM