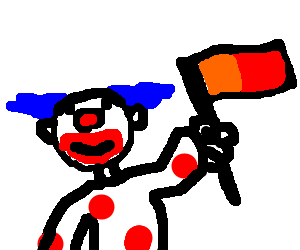 The National party has started 2014 with pockets full of cash, mirrors and a smoke machine. Their intention is obviously to wrong foot the opposition with a mix of left field initiatives and out of the blue distractions. The circus is in town and the flags are flying.

Key's State of the Nation speech included a substantial education spend of $359 million. Despite international assessments and most research indicating that that it is socio-economic factors that are the largest determiners of educational achievement, National have stuck fast to their neo-liberal roots and decided that providing financial incentives to teachers will make the most difference. They plan to identify top teachers and principals and pay them up to $50,000 a year extra to sort out failing schools and struggling teachers. National is sticking fast to National Standards and these are likely to be used to select those individuals who will be rewarded with the money and leadership roles. It is also likely that progress will also be determined by the PaCT tool that was to be mandated as a national test but was reluctantly left as optional when the profession refused to have one test dominating assessment.

The Children's Commissioner was so concerned that the Government refused to measure child poverty that he instigated his own report. He found levels of poverty had remained fairly static since 2008 but there has been an increase in hospital admissions of children, with asthma/wheeze, bronchiolitis and gastroenteritis being the most common causes. Those from the most deprived situations were 6.1 times more likely to be hospitalized and ethnic differences were more pronounced in 2012 compared to the year 2000.

The housing situation is worsening for many children and has probably contributed to the increase in hospitalization. According to the Salvation Army Auckland is short of 10,000 homes and up to 110,000 homes across New Zealand are leaking. Many more houses are poorly insulated and maintained and there is no warrant of fitness for houses that are privately rented. Despite variable quality, housing is actually too expensive for around 25% of households to afford without Government assistance.

According to the Government's own flawed National Standards results, decile levels fairly accurately predict levels of achievement, yet for some obscure reason this Government believes that all the thousands of children dealing with poor housing, poor health and struggling parents will have their needs met by a Change Principal or Lead Teacher with a substantial allowance.

After sorting out education the National led Government turned to the environment and promised to spend $20 million on eradicating pests from our conservation estate. Initially it sounded impressive until it was revealed that the money will largely come from DoCs current, and already stretched budget. Also the areas receiving the 1080 applications are still only a fraction of what needs to be covered if any lasting impact were to be achieved.

In a sneaky move to stop people looking too closely at National's plans, John Key threw in a highly effective distraction when he reintroduced the idea of a new flag. It is actually almost too late to include as a referendum attached to the election and the timing of the announcement seems strategic rather than genuine.

John Key and his government are skilled at putting on a great circus show full of hype, glitter and slick promotion, but with very little substance. Sadly it is costing us a lot to be the audience and many have been taken in by the illusions.

Failed, I reckon.
We've become a teeny bit sophisticated after several years of this sort of crap and can see behind the smoke.
January 31, 2014 at 3:05 PM

bsprout said…
Many of us can see through the drifting coal smoke, Robert, but I was surprised about all of those who eagerly jumped into the flag debate as if it was the most crucial issue of our time.

This lot have sold off all our most valuable state assets, given tax cuts to their mates and are well through loosening up employment and environmental legislation. They haven't got much more to do so I can see that they are just going to play with us this election with totally random stuff.
January 31, 2014 at 3:40 PM

Shane Pleasance said…
I do not like the colours or the design of the flag you have provided at all.

Orange and red?
Next to each other?
Hardly creative, is it?
In what way, other than communist red, does it represent New Zealand?

I just don't get it.

robertguyton said…
Who's involved, Shane?
We're commenting from the box-seats, like the two old Muppet curmudgeons. Or rather, three.
January 31, 2014 at 7:21 PM