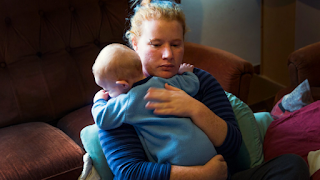 New Zealand is no Saudi Arabia, women in New Zealand can drive and we were the first in the world to give women the vote. However, despite having had two female Prime Ministers and a history of women achieving high office, we are hardly a society that can really celebrate true gender equity.

One of the reasons I decided not to stand as a candidate again was to give some of our talented women a better chance of success. New Zealand does not provide a level playing field in terms of gender and the one of the best ways of achieving that is ensuring that we have have more female legislators. So many excellent bills that would have helped women achieve greater equity and opportunities have been vetoed and voted down because our New Zealand Parliament is predominately male. While I consider myself a feminist, women would be more effective advocates for themselves.

Female representation at local, regional and central government level has not improved for the last twenty years and, under a National Government, it has got worse. We now have over twice as many men in Parliament than women (69/31 currently, 66/34 in 2008). I am really pleased that the Green Party's current list will help address that imbalance, especially if we can get a strong vote. Twelve of our top twenty are women, and seven of the top ten.

If a Labour/Green Government is elected in September then the many appalling inequities can finally be properly addressed:

While Invercargill may be considered by some to be a bastion of conservatism, more new women were elected to the city council than men and all the party candidates for the electorate are female. The Deep South is leading the way.

Let the election of 2017 be one for women and for real fairness and equity. I hope a few other men will feel able to relinquish some of their power to allow this to happen. Do it for your daughters and granddaughters.