Acting up with Brash! 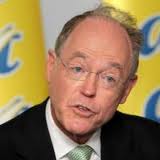 When I read The Hollow Men by Nicky Hager I wasn't filled with with the shock of a conspiracy theory confirmed or even felt that those concerned were evil incarnate as some did. I felt that the book and the documentary showed a group of people who are comfortable with their political philosophy but were aware that the public would not support their agenda if it was presented openly. To a certain extent the Greens also manage any public promotion and shape it in a publicly digestible way, that won't frighten the horses.

The difference between the politics of the right and left (if we use these flawed terms) is that the right have more they need to camouflage as their policies generally have a negative impact on a larger section of society. The openness with which National initially met with the Exclusive Brethren (as shown in the documentary) displayed a certain naivety rather than an intentionally clandestine operation. Those on the right just have a different view of morality than those on the left and obviously saw no problem with the association at the time.

Those on the right also feel that acquisition of wealth is a laudable endeavour and once achieved it is perfectly reasonable to enjoy the benefits and those who aren't successful in doing the same is largely due to their lack of effort or resolve. Why should the wealthy share their wealth with those who are too lazy to acquire it for themselves? Creation of wealth is the key driver for those on the right and barriers to achieving that are considered problematic and need to be limited as much as possible. Things that don't have a measurable or immediate economic value have no value in their view and it causes much gnashing of teeth when silly environmentalists, for example, put the survival of rare species of flora or fauna or clean water ahead of economic development.

Now that the ultimate "hollow man",  Don Brash, has achieved leadership of Act we will see an even more hardline Neo-Liberal approach from the party. There was a soft side to Rodney Hide and a degree of social conscience, that doesn't exist in the new leader and (as will be revealed on TV this Sunday) Rodney demonstrated real compassion for children with special needs and was prepared to think outside a purely economic approach. In both Rodney and Heather Roy there was a human side of Act that won't be as obvious if the hardline policies of Brash and Douglas are allowed to flourish. If National and Act are re-elected to govern later this year we will see more extreme policies introduced as part of any coalition agreement and while I think National's centre right agenda will be bad enough, it will be so much worse with Don Brash returning to the government caucus.