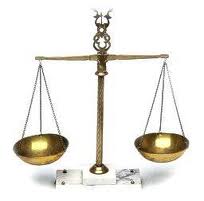 A local journalist and Public Opinion contributor is adamant that the Gore District Council is prejudicing a hearing on Solid Energy's lignite processing application by supporting an address by the world's pre-eminent authority on Climate Change. However the writer is obviously comfortable with the fact that one of the elected commissioners who may hear the case previously managed a coal mine and is currently a director of Lignite Ltd, a company that hopes to profit from further access to the resource in question. My letter in reply:

Dear Sir
Peter Owens' latest letter (April 25) continues to provide misinformation and fudging of facts, which doesn't help the ongoing debate around the issue of large scale lignite mining in the Mataura Valley.

The resource consent that Mr Owens refers to is related to Solid Energy's proposed briquette plant on Craig Road and this is just a small initial project that will have a relatively minor environmental impact. I am sure that when the Gore District Council supported Dr Hansen’s address they were looking at the long term viability of the lignite industry and the potential developments planned by not only our SOE, Solid Energy, but also Grey Wolf (a subsidiary of the huge Chinese energy Company Quinhua) and L&M, a company with hard to trace ownership. If all companies are successful in their mining proposals there will be the huge environmental impact of multiple opencast mines and over 17 million tonnes of carbon dioxide will be released into the atmosphere annually.

It is interesting that Mr Owens suggests that it is improper for the GDC to have a public connection with Dr Hansen, who is a world renowned authority on the effects of carbon emissions on the environment, yet seemingly proper to propose a past coalmine manager and director of Lignite Ltd as an impartial commissioner to hear the current application. I also noted the way in which Mr Owens attempted to diminish Dr Hansen’s credibility by claiming he came from Columbia (easily confused with Colombia, a South American republic with a dubious reputation) rather than the highly regarded Columbia University, based in New York, and ignoring his directorship of NASA’s Goddard Institute.

As someone who has experience in working within the Resource Management Act I know the limitations of the provisions within it and how the consideration of the long term economic viability of a project or the social impacts of an industry have no part in the application process. The opportunity to have a public presentation, from someone as respected as Dr Hansen, on the wider ramifications of mining one of the most polluting energy forms available, should not be missed.