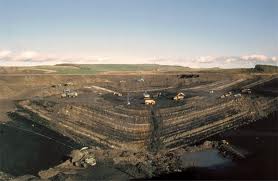 I couldn't believe Peter Owen's suggestion in today's paper that seeking views and advice outside that of Solid Energy's was naive. Peter suggests that we should ignore experts who have opposing views because it will result in costly legal bills and make life difficult for the Gore District Council and Solid Energy. The bizarre claim that supporting an invitation for Dr James Hansen to speak in Gore is demonstrating bias is nonsensical.
This is my response:

Dear Sir
I had great difficulty understanding Peter Owen’s definition of neutrality and what constitutes good decision making (April 16). He appears to suggest that in considering the merits of Solid Energy’s lignite mining proposals, the Gore District Council’s interest in consulting a range of expert advice is naïve.

Mr Owen expresses astonishment that the GDC would associate themselves with Dr James Hansen, who openly opposes coal and lignite mining. I presume Mr Owen’s dismissive manner is due to the fact he is not aware of Dr Hansen’s international reputation.  As an adjunct professor in the Department of Earth and Environmental Sciences at Columbia University and the director of the Nasa Goddard Institute for Space Studies I would have thought Dr Hansen would have strong scientific credentials. The fact that his advice has regularly been sought by the US congress is also worthy of mentioning.

Solid Energy is a commercial entity that strongly pursues business opportunities within its sphere of expertise. Extracting coal and lignite is what it does best and the Matuara Valley has a resource that would hugely benefit the company’s financial success. It is our central Government and local authorities who have the responsibility of tempering short term commercial demands and business interests with the potential social and environmental impacts on local communities and our long term national interests.

The Mataura Landcare Group represent a growing section of the local community who see the soil above the lignite as providing the best long term benefits for their community and are concerned with the lack of science and environmental assurances behind Solid Energy’s proposals. I would have thought consulting widely and looking beyond the information provided from Solid Energy’s well funded PR machine would demonstrate wise governance.

robertguyton said…
That's the way to do it Mr Kennedy - a little wordy for my liking, but spot on nonetheless.
Peter Owen's point is not so much that the Council shouldn't hear speakers such as Hansen, but that they shouldn't be responsible for organising an event at which he will speak. Mr Owen seems to be clearly in the 'dig baby, dig (mine all mine) camp and it will be interesting to see if he continues his campaign of support for Solid Energy's (read 'National's) plans to open cut-mine Southland farmland in search of the worst quality 'coal' you could ever(not) hope for. To use un-biased, neutral language :-)
Mr Owen writes for several magazines, Life Style Farmer etc.
April 16, 2011 at 3:29 PM