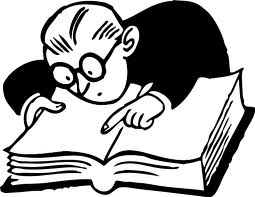 It may be just an anal obsession with semantics, but I think the meanings of words can carry heavy connotations and there can often be a huge difference between the dictionary definition of a word and the practical reality. When it comes to describing political persuasions or philosophies the semantics become blurred by countless spin doctors, local mythologies and pure ignorance.
Act MP, Heather Roy, presented this explanation to Victoria University recently and a local blogger and followers (including myself) have provided some more light hearted definitions.
Research has shown that the majority of voters are not swayed by detailed policy statements but by emotional connections and surface perceptions. The main challenge for political parties in this coming election will be around crafting and shaping an image for themselves that resonates with the voter. Obviously the Green Party hasn't access to the funds and resources of a governing party who already have invested heavily into spin doctors to the extent they may even out number legitimate advisors.
I am very concerned that, despite the fact that the Green Party has had some very successful campaigns and our advertising has won awards and accolades, the media dominance and manipulation of the National Party will carry them through. It is important that voters look beyond what the National Government are claiming and see what they are actually delivering, it doesn't take careful analysis to see a huge disconnect and some future Tui advertisements:
We are cutting funding to improve frontline services
National Standards assessments will raise the achievement levels of disadvantaged children
Cutting the goal of 100% qualified Early Childhood Teachers to 80% will provide better outcomes
Billion dollar investments in motorways are sound investments as oil prices rise
Expanding the dairy industry ahead of water management rules is economically justified
Private built schools and prisons will deliver good value for money
Shifting the responsibility from communities to one Minister, will deliver the best outcomes for rebuilding Christchurch
Cutting benefits to students and beneficiaries and borrowing is the best way to fund Christchurch's recovery.

bsprout said…
Actually Robert, for a Tui ad it would have to be a positive statement that doesn't fit, more like:

National Government acts on professional advice
(and not follows Acts advice, I could see some possible confusion)